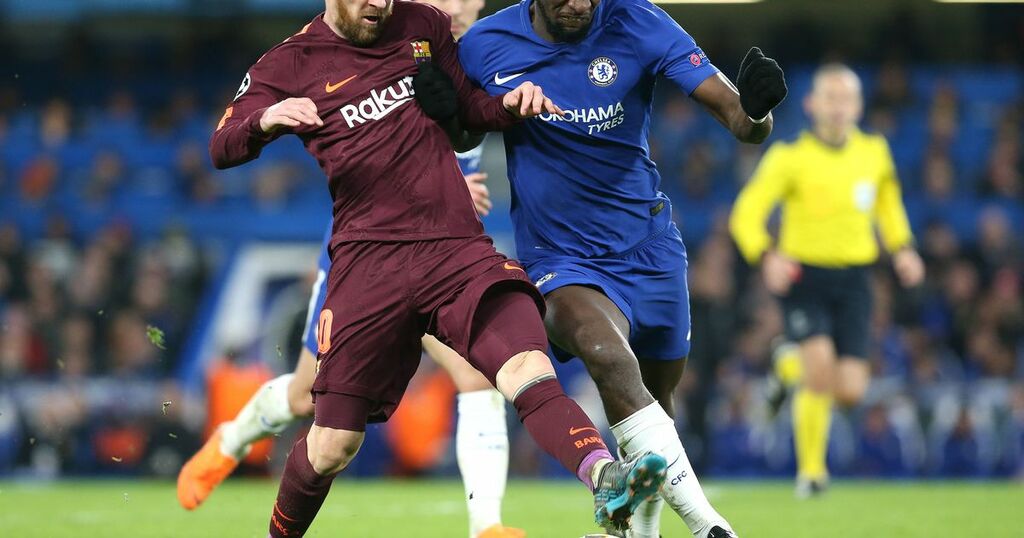 Welcome to our football.london Chelsea media watch piece. Maybe not the first, we've definitely done transfer round-ups before, and European round-ups, so I guess in some ways it's not that new at all. Anyway, we thought we would enter the world of football in a broad and roundabout manner for you and have some fun with some of the stories and captions doing the daily rounds.

Armando Broja has handed Thomas Tuchel a stern letter of intent after a fruitful international break with Albania, which saw him directly contribute towards four goals over just 57 minutes.

The 20-year-old talisman scored the decisive goal in a 12-minute cameo off the bench versus Hungary before coming on at half-time against San Marino scoring once and assisting twice.

Chelsea's loanee won himself a place in the recent World Cup qualifying team of the week, sitting alongside football royalty in Erling Haaland, Antoine Greizmann and Memphis Depay.

Broja added to his country's exciting Qatar 2022 campaign guiding them to second in Group I, just four points behind England and a point ahead of Robert Lewandoski's Poland.

Kai Havertz and Timo Werner's Germany teammate Karim Adeyemi, who netted on his senior debut in Die Mannschaft’s six-goal demolition win over Armenia, could have once joined Chelsea.

The 19-year-old striker was approached by the Blues prior to joining RB Salzburg in 2018 from SpVgg Unterhaching, revealed by Manfred Schwabl, Unterhaching's president, speaking on Sport1.

Schwabl admitted travelling to London with Adeyemi, who has earned interest from Liverpool in the past, and meeting Chelsea officials.

"In 2018 we received an inquiry from a scout from Chelsea. He had a contract with us at the time,” he said.

“My contact with Karim’s family was very close. I then said that it would be a great story if we could look at it together on site. Then his dad, my daughter, Karim and I flew over and we went to see it at Chelsea."

Unterhaching's president continued as he revealed how the young striker impressed at Cobham but collectively decided against the move because of his age.

“That was a really interesting experience and Karim also did well. He even trained with the older age group and left his mark,” Schwabl said.

“But for us and the parents, it was always clear that this step to the island [England] at the age of 16 is still too big. Chelsea wanted him to join the academy, but we said we wanted Karim under our own wing.”

Sevilla's president, Jose Castro, has dealt yet another blow to Chelsea's pursuit of Jules Kounde after vowing that the Frenchman will remain at the club this season, despite the Blues eyeing a January ploy.

The Blues are set to revive talks in Jules Kounde, according to ESPN, only if the Spanish side retract their juiced demands back to the previously agreed €50 million (£42.6m).

However, according to Castro, Chelsea may have to remain patient and wait until next summer.

"Jules Kounde is our player," said the Sevilla chief. "I’m sure he will do his best to make this season a success and each year we achieve more."

Tuchel’s side failed to prise the 22-year-old centre-half to Stamford Bridge before the window slammed shut after Sevilla moved the goalpost in the final hours.

The Spanish side broke their initial verbal agreement with Chelsea for Kounde’s services but upped the asking price following Kurt Zouma’s £29.8 million move to West Ham.

Antonio Rudiger has been shortlisted by Paris Saint Germain should Chelsea fail to agree a new deal with the German, with Lionel Messi poised to prise him away from Stamford Bridge, according to the DailyMail.

The 28-year-old centre-half, whose contract expires at the end of the season, joined Chelsea from AS Roma for £29 million in 2018 under Antonio Conte.

Should the west Londoners fail to negotiate a new deal for Rudiger come January, he will be free to enter pre-contractual talks with foreign sides and leave on a free, feeding into Chelsea’s contract crisis emerging on the horizon.

The Blues defender leads a host of other first-team players who also see their deals expire in 2022 including Thiago Silva, Cesar Azpilicueta and Andreas Christensen.

But, Rudiger has communicated his intent on staying at Chelsea in the past after reportedly telling Tuchel he sees his future at Stamford Bridge.

However, the six-time Ballon d'Or winner will have a unique allure that could sway Rudiger's decision making in extending his stay at Chelsea.

Are you worried about Rudiger leaving on a free this summer? Follow our CareFreeChelsea trends writer Jake on Twitter to get involved in the discussion and give us your thoughts in the comments section below.