It is an end of an era as Lionel Messi has officially left Barcelona.

The world-class forward's time at the Catalan came to an end earlier this summer and despite hours upon hours of contract negotiations in order to satisfy La Liga regulations plus Barcelona's poor financial situation at the moment, Messi is now a free agent.

Messi, who scored 672goals in 778 for Barcelona, will certainly drum up a lot of interest as the six-time Ballon d'Or winner looks for a new club and PSG is the favourite with Grosvenor Sport at 13/20.

Joining the Ligue 1 side will mean he will join Mauricio Pochettino's side with former teammate Neymar and World Cup winner Kylian Mbappe in attack.

The possibility of MNM as a front three would be a dream for any football fan.

Surprisingly, despite his release, his former club are the second favourites at 19/10 - though it would be very surprising to see Barcelona suddenly having the funds to register Messi and all the summer signings including Serigo Aguero and Memphis Depay.

Man City, who were linked heavily with Messi last summer, are 7/1 with the bookies tipping Pep Guardiola's side as the favourites in the Premier League to get his signature.

Here are the latest odds on Messi's next club:

Tom Phillips has his say on the Messi transfer saga:

There is no doubt in my mind that Lionel Messi will be the most desired player to sign this summer and as a free agent the only thing you will have to worry about is wages and contract fees.

Barcelona are in financial ruin thanks to the effects of Josep Maria Bartomeu's absolute cancerous presidency so that rules them out. It is well documented that they cannot sign Messi and register the likes of Aguero and Depay too under La Liga regulations.

So you will need money, oil-rich money to sign him and there are only two clubs of a certain stature that will appeal to Messi - PSG and Man City.

Man City now have a dilemma - Messi or Kane? Messi had a great run under Guardiola and reuniting these two in the Premier League would certainly excite the blue half of Manchester. But Kane is younger and 'proven' in the Premier League but the £160m price-tag plus six-figure weekly wages may be a little off putting if they could sign one of the greatest players to ever play the game.

But they might not have the same pull as PSG - a summer signing Gigi Donnarumma, Gini Wijnaldum and Sergio Ramos all on free transfers is very good business for a side trying their best to win the Champions League. This plus the prospect of playing alongside Neymar again and Kylian Mbappe could mean MNM becomes the new MSN.

Either way, this will be a summer full of twists and turns; drama and excitement. Questions will seriously need to be answered at Barcelona and the fans not giving arguably the greatest of all time the farewell he deserves will infuriate the fanbase even more. 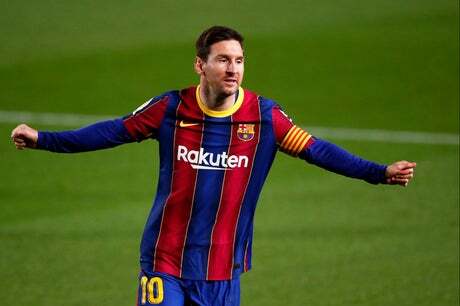 Lionel Messi next club and odds: Which team will sign the FC Barcelona legend?
Barcelona have sparked the scramble of the summer transfer window by sensationally confirming that Lionel Messi will leave the club.

Evening Standard
One subscription that gives you access to news from hundreds of sites
Lionel Messi's next club: Six destinations for Barcelona legend after exit confirmed

Lionel Messi will not be signing a new contract at Barcelona, but what are the chances that he could be…

Football London
One subscription that gives you access to news from hundreds of sites
Lionel Messi next club: Favourites to sign Argentine superstar after Barcelona exit confirmed