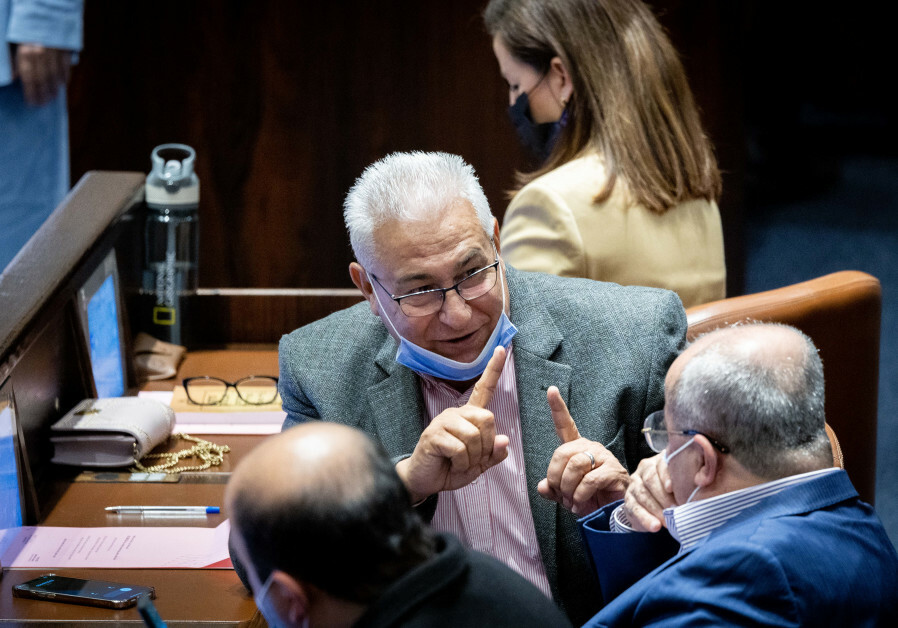 In the worst crisis since the current government was formed in June, Prime Minister Naftali Bennett’s coalition lost its majority and faced several defeats in the Knesset plenum on Wednesday, even though a compromise was reached to end a dispute over tree-planting in the Negev.

When Ra’am (United Arab List) MKs still did not come to the plenum to vote after the compromise was reached, Yamina faction chairman Nir Orbach rebelled and left the Knesset in anger.

“Give me one reason to stay here and vote,” Orbach said at a meeting of coalition heads. “Why can Ra’am do whatever they want, and I have to stay no matter what?”

Without Orbach, there was no majority for the coalition, and all coalition MKs except the speaker abandoned the plenum. The opposition defeated the coalition on bills sponsored by Likud MKs Miri Regev and Galit Distal Atbaryan, by Shas MK Michael Malkieli, and Joint List MKs Ayman Odeh and Ahmad Tibi.

Bennett’s associates downplayed the votes. But Likud faction chairman Yariv Levin declared victory and said the voting proved the current government had brought about nothing but chaos.

Tree-planting in the Negev ended as planned on Wednesday afternoon, in what was used by both sides in the dispute to calm tensions that had become inflamed in a political crisis. On Tuesday night and early Wednesday morning, police and local Bedouin clashed at the planting scene. According to reports, two policemen were injured and 18 people were arrested.

An agreement was reached between Ra’am and Social Affairs Minister Meir Cohen (Yesh Atid), who is in charge of the National Authority for the Negev, to continue talks on a long-term deal over the weekend.

Construction and Housing Minister Ze’ev Elkin (New Hope), who is in charge of the Israel Lands Authority, had said earlier that the planting was scheduled to stop on Wednesday afternoon, but said later that it would resume next week. Foreign Minister Yair Lapid accused Elkin of fanning the flames of the dispute and damaging the coalition.

“There are no winners and losers,” Ra’am head Mansour Abbas said. “We win all together as citizens when we plant the seeds of hope and enable residents of the Negev to live and earn a livelihood respectfully. Reaching an agreement on the Negev is an interest of all of us: Jews and Arabs. We will advance dialogue that will bring about acceptable agreements. After Israeli governments failed in their handling of the Negev, we will work together to repair delicate relations, and the Negev will bloom and prosper for the benefit of us all.”

At the height of the dispute on Wednesday morning, Ra’am MK Mazen Ghanaim officially announced that he no longer saw himself as part of Bennett’s narrow 61-member coalition.

“From today, I am against this government until it stops all planting activities,” Ghanaim wrote on Facebook. “It does not make sense to allow this government to continue while they are trying to stop us from living with honor on our land.”

Another Ra’am MK, Waleed Taha, threatened to resign from the coalition due to the planting. He said the simplest solution to the immediate crisis was to quit the coalition, but that they must exhaust all existing methods and tools to stop the planting from happening in the future.

Likud and Religious Zionist Party MKs accused Bennett of surrendering to Ra’am and the Islamic Movement and giving a prize to terror.

The Likud responded to Lapid’s charge that then-prime minister Benjamin Netanyahu’s governments stopped planting trees in the Negev on Wednesday by saying that when the party was in power it actually expanded the planting in an unprecedented way.

A party spokesman did admit, however, that planting was stopped briefly in one location at the request of then-minister Amir Peretz (Labor).

“The Bennett government mulling to stop planting due to violence against police is a continuation of it selling out the Negev to the Islamic Movement, shortly after passing the Electricity Law,” said Likud spokesman Jonatan Urich. “The Netanyahu government never agreed to stop planting in the face of violence.”

Netanyahu’s governments allocated NIS 150 million for planting 15,000 dunams of trees in the Negev during his final four years in power, Urich said.

“Unlike Bennett and his partners, who inflamed tensions and surrendered to Ra’am and the Islamic Movement within two days, Netanyahu planted thousands of dunams in the Negev while maintaining quiet and order,” he said.