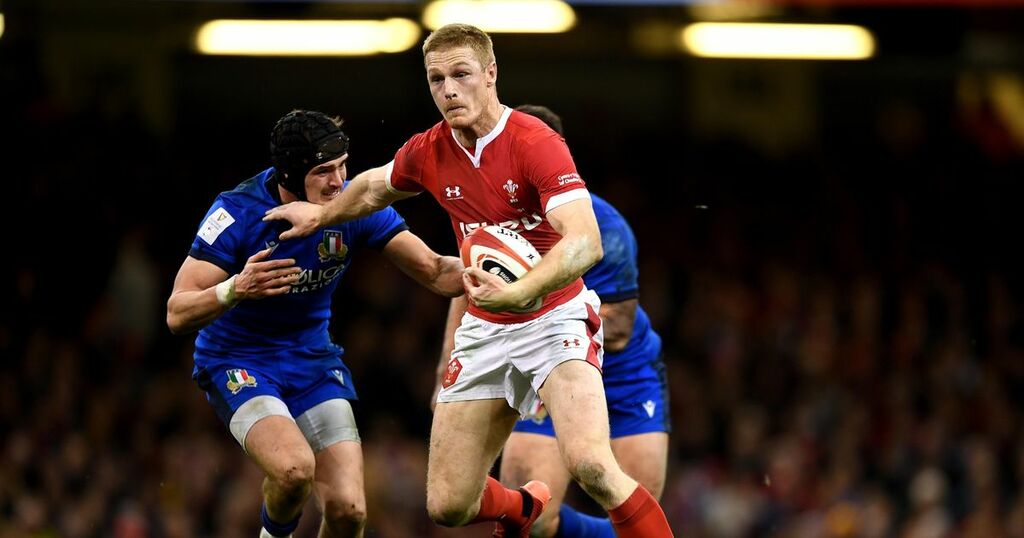 The good news for Wayne Pivac is that Gareth Anscombe has made it to the starting grid for Wales’ autumn Tests.

Another who has battled back after serious injury misfortune, Ellis Jenkins, is also there.

The bad news for Wales' coach is that he will still be without 21 players for the opening Test of the forthcoming series, against New Zealand — 22 if you count Hallam Amos as he tries to juggle his medical studies with top-level rugby.

You can read the full transcript of Wayne Pivac's press conference here.

But it does have the dimensions of Mission Improbable.

That said, there are plenty of good players in the 38-strong squad that Pivac has named for the four autumn games.

Who does he pick for the opener?

There are a number of positions where form in training and fitness may prove decisive.

Let’s start with the back three. If Liam Williams is ruled out, the unit seems to pick itself, with Johnny McNicholl at full-back, Owen Lane on one wing and Josh Adams on the other.

But there are still 17 days from the team announcement to the date with the All Blacks: might Williams yet to defy expectations and make it into selection contention?

On that basis maybe it’s best to pencil in the back three rather than jot anything down in ink.

The inclusion of Johnny Williams in the squad opens up Pivac’s midfield options.

Wales like him. They like what he offers in defence and attack. They feel he has a nice mix of dash and bash about him.

Counting against him is that he’s had so little rugby this term. Indeed, he didn’t overdo it last season, either, with injuries restricting him to just nine outings — three for Wales and six for the Scarlets.

It will be up to the selectors to make a call, but Pivac will know if any team can exploit a lack of match fitness in a player it’s New Zealand with their ability to play the game at such pace and tempo.

Nothing definite in midfield, then, but Willis Halaholo has been playing well and Jonathan Davies’ experience might come in handy. Perhaps Pivac will go with the Halaholo-Davies combination whatever the condition of Williams.

There’s another tight call at fly-half. Do Wales start with Anscombe and his limitless reserves of self-belief or do they opt for the experience and clever game control of Rhys Priestland?

The other question will be whether Anscombe is ready to start against the Kiwis so soon into his return from 25 months out with a knee injury. Might half-an-hour near the end be the better option for him? Pivac might well think so.

If Tomos Williams looks a strong bet at scrum-half, much the same applies to Wyn Jones, Ken Owens, Tomas Francis and Alun Wyn Jones in the front five.

There could be a call for Pivac as to who’ll play alongside skipper Jones at lock, with Will Rowlands having started so promisingly for the Dragons. There again, Adam Beard stood tall for the British and Irish Lions in the summer. Potentially, he could be in the run-on side with Rowlands, a second row who grafts in all areas, coming on as an impact sub.

One spot appears open in the back row alongside Ross Moriarty and Aaron Wainwright. England-based Thomas Young is unavailable for the All Blacks game, leaving a straight choice between Ellis Jenkins and Taine Basham.

Basham played so well last week even the All Blacks would have signed off his effort for the Dragons against Connacht. If there are doubts about Jenkins’ readiness to start a Test so soon into his comeback from injury, then there’s a possibility the 21-year-old Basham could feature.

He'd relish the chance, too.

On the other hand, if all is well for Jenkins, his extra experience and leadership qualities could just swing him the spot.

Both, it is worth saying, are useful options for Pivac.

For a game with New Zealand, they’ll need to be.