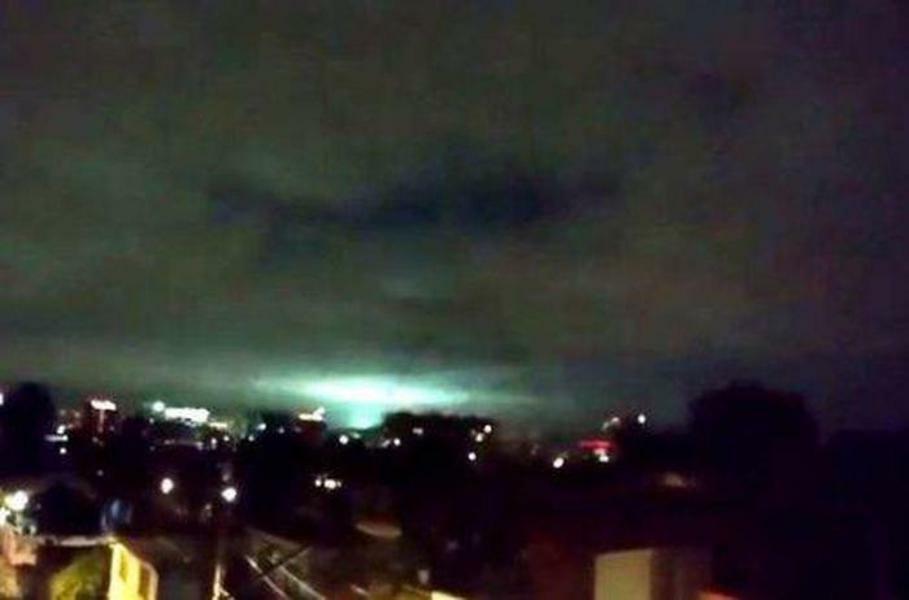 A magnitude 7.0 earthquake struck Mexico on Tuesday evening near the Pacific resort city of Acapulco, leaving at least one person dead. Videos shared online show not only shaking buildings, but also a series of bright flashes of light illuminating the night sky. They were quickly labelled as "Earthquake Lights" or UFOs on social media and even news sites.

Earthquake Lights (or EQLs) are supposedly luminous phenomena observed before, during or after a strong earthquake. They are described as short-lasting lights, like flashes, glowing clouds and orbs, or even "flames coming from the ground."

For a long time, only anecdotal accounts and tales existed and most seismologists didn't take accounts of EQLs very seriously. In 1973 Japanese geologist Yutaka Yasui provided some photographic evidence, showing glowing reddish and blue clouds in the sky above the city of Matsushiro during a series of earthquakes in 1965 and 1967. However, the veracity of the photos is disputed. Today no verified physical evidence of EQLs exists.

In the case of the earthquake in Mexico the explanation is quite simple. The bursts of light on the ground are electric shorts and exploding infrastructure (like distribution transformers of the electric grid) in the city's streets, and the strange glowing sky is caused by reflections on the clouds. The same thing happened already in 2017, when the strongest earthquake in decades hit Mexico City. It is also important to mention that yesterday evening a thunderstorm was occurring over the city, so lightning may explain some of the flashes.

Even if there exists no direct evidence for EQLs so far, they are not outside the realm of extreme geological events. Electromagnetic effects in Earth's atmosphere can produce glowing phenomena. A such field could also explain reports of malfunctioning electronic devices (especially telephones) during an earthquake. In tectonically active regions, electric charges can accumulate over time in the deformed rocks. During an earthquake, a part of this electric energy is suddenly released in form of a visible spark, explaining small, short-lived EQLs. The accumulated electric energy can also ionize oxygen atoms in the underground. Following faults, the oxygen ions will rise to the surface, where they can ionize more atoms. Large EQLs are, according to this theory, therefore a sort of glowing cloud of gas, formed by the ionizing properties of the charged particles released by the earthquake.

The truth is out there...