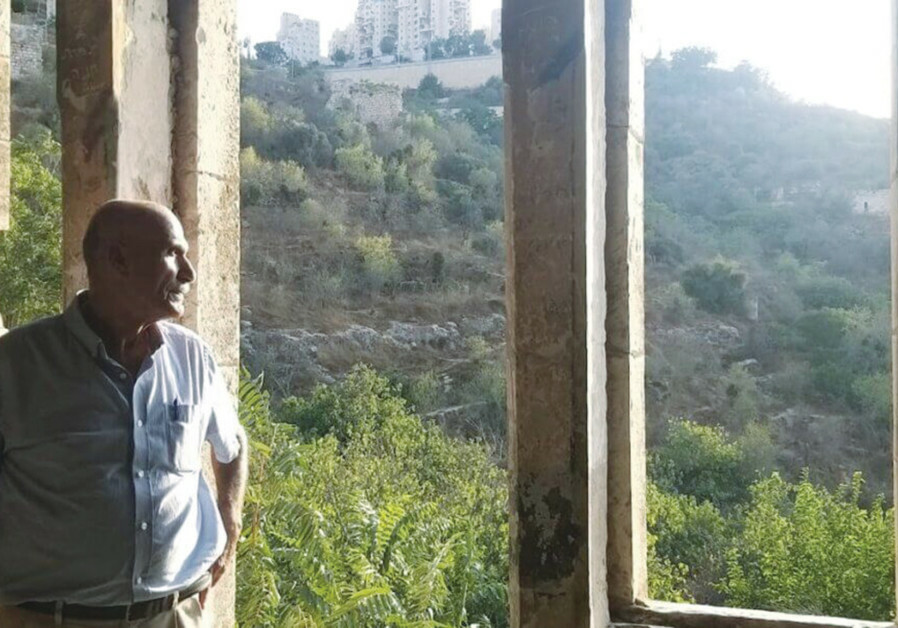 The peace of Lifta – a serene abandoned Palestinian village adjoining Jerusalem’s Romema neighborhood – was shattered on August 28 when several dozen Sabbath hikers were assaulted as they toured the biblical site’s 77 remaining stone ruins.

“Upon our arrival at the village spring, we were received with racist and homophobic slurs by about 10 men and a woman, and when we refused to leave the place and continued with the tour as planned, the verbal violence turned into physical violence,” said a statement from Zochrot, a Tel Aviv-based NGO founded in 2002 that raises awareness of the 700,000 Palestinians who fled or were driven from their homes and villages in 1948 during Israel’s War of Independence.

One of the assailants declared that he trains his dog “to bite Arabs.” Another claimed that we were disturbing him “at his own home” where he has been living for 15 years.

“The tour proceeded as planned among the remains of the village, but upon our return to the parking lot, we found that several vehicles of the tour participants had been vandalized,” the Zochrot statement continued.

The tour was led by Yaqub Odeh, an 81-year-old native of Lifta who became a refugee as a child and fled a few kilometers away to another Jerusalem neighborhood. Today he leads regular hiking groups to his birthplace to raise awareness of the derelict village’s past to appreciate the panoramic view of the Judean Hills and the Arazim Valley, called Wadi Salman in Arabic, and to swim in the former village spring that is today landscaped as a popular swimming hole and mikveh.

“Violence against people who are well within their rights to use public space, and who take part in non-violent activity on behalf of a legally registered NGO should concern anyone who cares about individual liberties and freedom of expression. Attacks on civil society and human rights organizations in Israel are not new. They are the product not only of ideological conflicts and flawed understanding of democracy, but above all of living in deep denial and constant collective and individual defensiveness. This social disease of denial laced with fear is highly familiar to us, and we at Zochrot strive to heal it.

“The attack on the tour participants precisely on the lands of the depopulated Palestinian village of Lifta is a sobering reminder of the necessity of our work,” said the statement.

In 2017, Israel’s Nature and Parks Authority (NPA) provided the contentious hillside with some protection as the Mei Naftoach nature reserve. While the area is on UNESCO’s tentative list of World Heritage Sites, this spring, Jerusalemites Oded and Yoni Yochanan restored several dilapidated structures into the Lifta Boutique Hotel featuring four 50 sq m suites, as well as two holiday apartments reserved for the co-owners, and a swimming pool and terrace.

That may be just the beginning of the wave of gentrification about to wash over Lifta.

On August 3, lawyer Sami Arshid presented a petition at Jerusalem Magistrates Court against the Israel Land Authority and the Jerusalem Municipality, urging the cancellation of a tender for the construction of 259 luxury villas, commercial buildings and the hotel in the midst of the park.

Construction Plan 6036, which was originally approved in 2006, disregards the Palestinian residents of the village’s historical rights, and will destroy the park’s landscape, the petition says.

Following a previous petition to the court against the approval of Plan 6036, the court ruled that an archaeological survey should be conducted of the site. Beginning in 2014, the Israel Antiquities Authority (IAA) conducted an extensive four-year survey. It determined that “Due to the rarity of the last complete village in the Land of Israel it is necessary that any use of this complex, and its development, will preserve the elements that create its unique wholeness and minimize the changes resulting from adapting the site for contemporary needs.”

The petition is supported by several professional opinions. Civil engineer Amos Shiran indicates that some of Plan 6036’s future streets are too close to existing structures, and warns that paving the roads may cause existing structures to collapse.

Prof. Daphna Golan-Agnon, a Lifta activist who teaches human rights at Hebrew University, said the IAA’s survey of the site’s archaeology, history, architecture, wildlife and ecology prove that Lifta can be preserved.

“It’s amazing that after more than 70 years of abandonment, the village is still standing so beautifully, even with many of the houses’ roofs destroyed. We ask for the buildings to be stabilized and are willing to help raise funds if cost is an issue.”