Life Is ‘Back To Normal’, Social Calendars Are Stacked, So Why Does Everyone Seem Sad RN?

By Aleksandra Bliszczyk
There’s been a change in the air lately. The temp has dropped, the Big Grey has brought dribbly skies to Melbourne, it’s basically never stopped raining in NSW and despite shitloads to see and do in the capital cities, why does everyone seem so sad rn? So many of my friends, family and colleagues seem to be in an inexplicable funk. People aren’t as keen to catch up or go out all of a sudden, relationships are tense, motivation is waining and vibes are just generally a bit off. So is it mercury in retrograde? Or are there a few other things going on?

Seasonal affective disorder, abbreviated to SAD lol, is a type of depression

survey released in April 2022 dropped dramatically in the last decade

I can’t afford to have fun

The post Life Is ‘Back To Normal’, Social Calendars Are Stacked, So Why Does Everyone Seem Sad RN? appeared first on PEDESTRIAN.TV .

that some people experience at the start or end of seasons. Symptoms can include listlessness, low energy, low motivation or interest in activities you once loved, problems sleeping or oversleeping, cravings or overeating, difficulty concentrating and feelings of hopelessness or worthlessness. Sounds familiar!!! For most people with SAD, symptoms hit around autumn or the start of winter and last until spring and it seems it has just collectively kicked in among young people in Aus. This mood shift hits in varying degrees of severity every year but every year we either forget or pretend this winter will be different. Well just gonna say it, this winter does feel fucking different! SAD was probably the least of our mental health concerns during the past two winters because many of us we were dealing with regular persistent depression thanks to the pandemic and lockdowns. It wasn’t seasonal. So either now it’s a built-up triple hit or the seasonal shift is just more noticeable now after two non-years. We’ve also gone from zero to 100 this year. We spent two years making bread and watching Netflix and now our social calendars are staked, family and friend responsibilities are back AND I have to wake up early to commute to work again. Don’t get me wrong, I’m living for all the parties, festivals and gigs on at the moment. Melbourne is back. But I’ve gone from baths with scented candles to burning the candle at both ends. The World Health Organisation says burn out is a syndrome characterised by energy depletion or exhaustion, increased mental distance and feelings of negativism or cynicism. It’s usually related to your job but can be caused by a culmination of lots of pressures, whether that’s COVID, the floods, shit politicians or global unrest. A found that almost half of working Australians were experiencing burn out during the first quarter of 2022 — a 10 per cent jump on the same time last year. Respondents in the survey attributed this to financial insecurity, global conflict and our old mate panny-d. Overall, the pandemic collectively fucked us — especially young people. Mission Australia released findings of a new youth mental health study on Thursday which showed 76.5 per cent of more than 3000 respondents aged 15 to 19 said the pandemic had a negative impact on their mental health. It also found that happiness among young people has . After two fucked up years it seems most people are just over it and for some a late-night boogie every weekend or time with family isn’t enough to pull them out of the slump. Vitamin D is largely (90 per cent) made in our bodies following exposure to UV light from the sun so and turns out that can have negative side effects. The most common symptoms of a vitamin D deficiency are muscle aches and fatigue but it could also cause poor sleep, poor appetite, depression or anxiety. And if you live in NSW chances are you are experiencing a serious deficit after basically . “We were meant to live in daylight,” director of the National Institute of Integrative Medicine . “We weren’t meant to live in caves but I’m sure you are sitting in your cave right now, like I am. So you should really be out there foraging for nuts, seeds, berries and perhaps doing a little bit of fishing.” Everything’s open, I can do whatever I want but everything’s also insanely expensive right now I can’t help but think of my savings atm. As if I’m going to try getting out of town and away from it all while petrol prices above $2 per litre, lol. In conclusion all I can say is this is definitely a temporary state and life will get better. We have a new government, the sun will return and we will adjust to our normal lives eventually. Just take it easy, look after yourself, seek professional help and have a bath.
Sign up to read this article 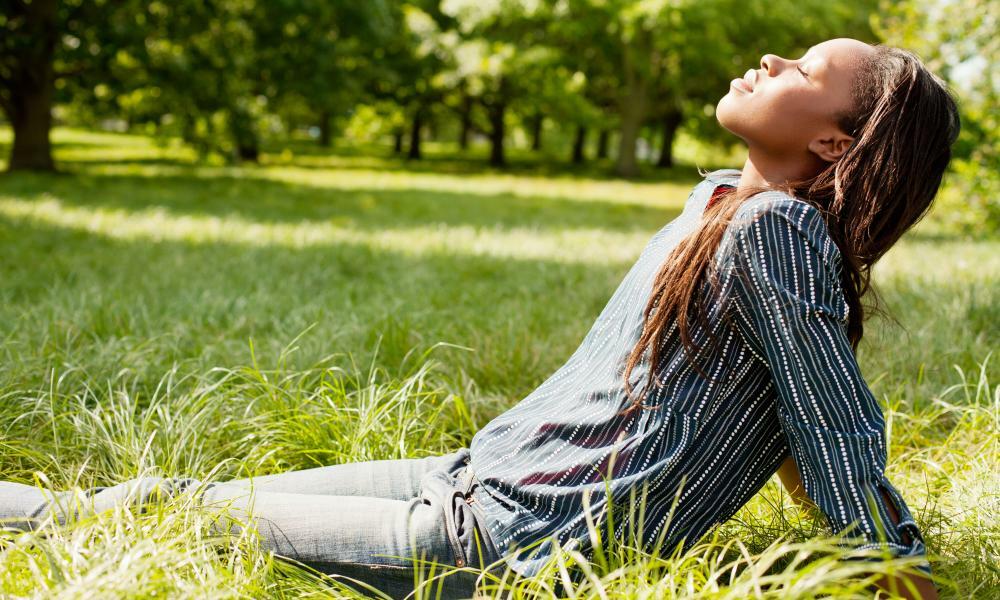 ‘As we head into winter, it’s an important consideration’: what’s the deal with vitamin D?
People who live in Australia’s southern states are at greater risk of being low in the hormone that packs a…

Vegan and vegetarian diets are certainly trendy, with more people than ever before making the switch. While some people are…

The Conversation
Eat plants, try pilates and stay positive: how to keep your body younger than your years

Do blueberries make you live longer? Is pilates proper exercise? How do you avoid loneliness? Botox, yes or no? Here’s…