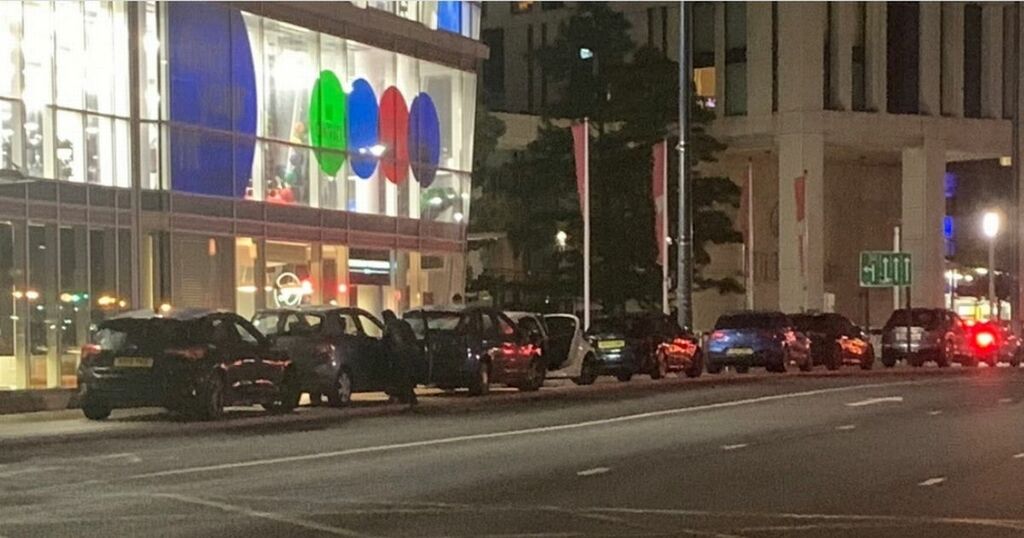 A city centre dessert parlour at the centre of a pavement parking row has applied for permission to sell refreshments late into the night and early morning.

The ECHO has reported on the pavement parking that takes place on The Strand outside the Heavenly Desserts venue.

We recently published footage of around nine vehicles parked illegally on the pavement outside the business, with doors open and music blaring out.

Read more: Music blares out of cars dumped on pavement along The Strand

Now the ECHO has seen documents which show that the dessert parlour has applied for a new premises licence that would allow it to sell late night refreshments until midnight on Sunday to Thursday and until 1am on Fridays and Saturdays.

City centre councillor Nick Small has been regularly reporting the illegal parking outside Heavenly Desserts and has submitted a formal objection to the new application.

In his written submission to the council, he said: "The premises is currently open, according to its Google listing, until midnight on Sunday-Thursday and 1.30am on Friday and Saturday (ie Saturday and Sunday am).

"The premises were recently visited by a Licensing enforcement officer and told her that late night refreshments (hot food and drinks) were not served after 11pm, although residents had previously informed me this was not the case.

"There have been persistent parking problems associated with these premises in the evenings with customers and delivery drivers persistently parking illegally on the pavements to access the premises. This is both take-away customers and dine-in customers.

"This causes issues, particularly for residents living at the One Park West development, in which the premises are located and also for vulnerable pedestrians. It also compromises road safety in the area."

In his objection, Cllr Small said he recently spoke to the manager of the business about the issues.

He said: "The premises management’s view of this seems to be an apathetic one. I challenged someone who introduced himself to me as the manager of the business on the evening of 19 August when he was unloading cans of soft drinks from his car parked on the pavement and was told in no uncertain terms that he did not see what the problem was."

Cllr Small added: "Although the city council’s Parking Services Team has recently put extra resources into out-of-hours parking enforcement and has actively targeted enforcement in this part of Strand Street, the problems associated with anti-social and illegal parking from these premises are already out of control.

"I fear that granting a licence for late night refreshment without strong conditions in place, backed up with funding from the business will make an already bad situation far worse."

The city council has been ramping up its enforcement efforts in the area after numerous complaints.

Heavenly Desserts has been approached for a response.