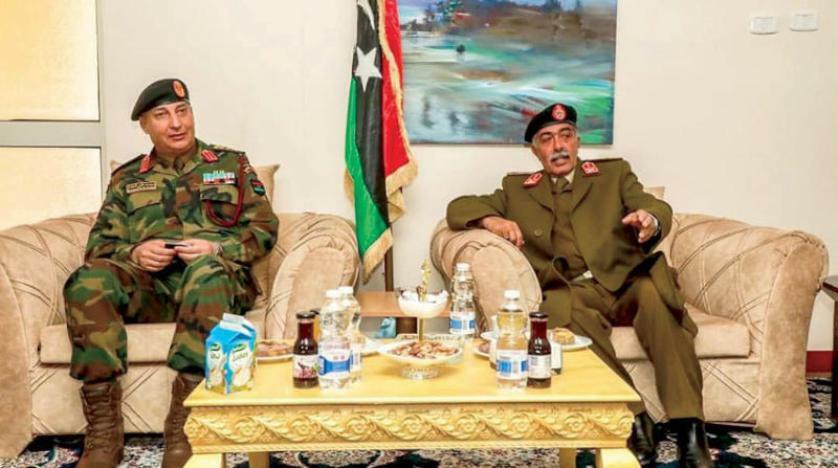 Member of the 5+5 joint military committee, Khairy al-Tamimi said the meeting, which was held in Sirte city, was aimed at building trust between the two sides.

Efforts to unify the military institution "are moving in the right direction," he added.

Meanwhile, the High National Election Commission denied reports that it had declared "force majeure", meaning the cancellation of the upcoming elections.

A statement had been published on the commission's official website, claiming the polls have been canceled.

The commission said the website was hacked and the statement has since been taken down.

The statement had condemned what it said was the threat of one presidential candidate, who holds dual nationality, to use force against the commission, which prompted it to declare "force majeure".

Meanwhile, Stephanie Williams, adviser to the UN chief on Libya, stressed on Friday the need to respect the will of 2.8 million Libyans who had registered to vote in the elections.

The diplomat had held talks with head of the High Council of State Khalid al-Mishri in Tripoli.

In a tweet, she said she highlighted the calendar set by the Libyan Political Dialogue Forum roadmap and "called for urgent and serious efforts to end Libya's already too long transitional period with free, fair and credible elections."

She added that talks with Mishri also "outlined his vision to work towards national elections via a referendum on the constitution in a timely manner."