Moderate Liberal Bridget Archer says she will “potentially” put her hand up to be deputy leader of the party as part of an effort to stop the former government lurching to the right as a consequence of Saturday night’s devastating election loss.

Archer, who held her ultra marginal seat of Bass – one of the few lower house moderates to survive Saturday night’s election rout – told the ABC on Monday the Liberal party needs to abandon culture warring and return to basics, like better community representation.

Archer said she remained a member of the Liberal party because liberal values “mean something to me”.

“I will fight to protect them and to restore them,” Archer said. “That’s why I still remain within the party. So that means that I have to play my part in that and I have to be prepared, as do others, to stand up and say so as we move forward”.

The former home affairs minister Karen Andrews is also signalling interest. Andrews told 4BC on Monday she was considering her position.

With the Liberal party’s failure to deal with climate action one of the central issues sparking Saturday night’s teal wave, Andrews also noted the electorate wants climate change issues “dealt with and dealt with in a sensible matter”.

Peter Dutton is likely to replace Scott Morrison as the next leader of the Liberal party, with senior moderates of the view the Queenslander is not as ideological as his public persona suggests.

Moderates would have backed the former treasurer Josh Frydenberg to lead the Liberal party through this first term of opposition, but he lost his seat on Saturday night. Morrison confidante Stuart Robert has said Dutton is the most likely leadership prospect. “Peter Dutton would make an excellent leader in terms of bringing everyone together”.

After losing a swag of inner-city seats to independent candidates, including Wentworth, North Sydney and Mackellar in Sydney, and Kooyong and Goldstein in Melbourne, resolving the new leadership will be the party’s first test of its ideological orientation post-election.

The Nationals are also positioning post-election after the party held its electoral ground but went backwards in a number of seats. The former Nationals leader Michael McCormack, who has not ruled out recontesting the leadership, told Guardian Australia there were “no campaigns against my name and my reputation in inner-city seats” – a clear reference to warnings from independents and Greens that a vote for Liberal moderates was a “vote for Barnaby Joyce”.

There have been some calls from conservatives post-election for the Liberal and National parties to move further to the right given a swathe of metropolitan professionals and women appear to have turned on the Coalition.

But the remaining moderates are pushing back against that proposition. On Sunday morning the most senior member of the moderate faction, Simon Birmingham, traced the Liberal party’s decline to the “same-sex marriage debate which dragged out unnecessarily long, but it should have been resolved by a simple conscience vote”.

Birmingham told ABC’s Insiders another turning point was “the failure in relation to the national energy guarantee”, when first Nationals and then conservative Liberals sank Malcolm Turnbull’s emission reduction policy.

That stoush triggered the Dutton spill against Malcolm Turnbull in 2018, in which moderates swung their votes behind Morrison in a successful bid to deny Dutton.

Overlaying the long-term factional tensions over climate policy, others blamed the election defeat more directly on Morrison for short-term decisions such as the takeover of the NSW party and hand-picking a group of NSW Liberal candidates including the controversial Katherine Deves.

During the campaign Morrison defended Deves after she backtracked on an earlier apology for transphobic comments, stonewalling moderates who called for her to be disendorsed. 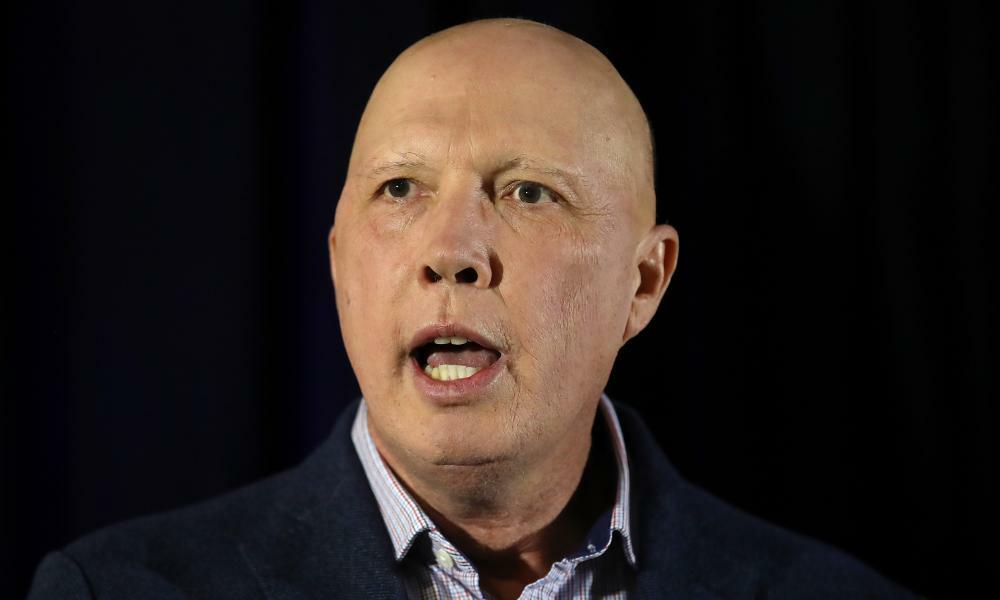 Peter Dutton firms as next Liberal leader amid fight over future of the party
Dan Tehan and Karen Andrews both touted as potential challengers, but conservatives confident Dutton has the numbers to succeed Scott…

The New Daily
Federal election 2022: Who are the winners and losers?