This is a time of great consequence.

It is also a time when we stand on the edge of a new era of opportunity.

I am genuinely excited about regional Australia and the role that regions such as the Hunter can play in Australia's future development.

Our plan is for a stronger economy.

We have set ourselves a goal of creating 1.3 million new jobs over the next five years including 450,000 new jobs in regional Australia. Already 1.9 million jobs have been created under this government, and the Reserve Bank says we can get unemployment to 3.5 per cent.

It's a plan that lowers tax for Australians and small businesses, builds productivity enhancing infrastructure such as Inland Rail and the expansion of Newcastle Airport, invests in the skills of Australians with record funding for apprenticeships and trainees, and expands export opportunities for Australian businesses.

An integral part of our plan for a strong economy is affordable, reliable and clean energy. Energy that is affordable and reliable and that will power Australian businesses in the years ahead, while reducing emissions to achieve net zero by 2050, and reducing household electricity bills.

As I detailed in our campaign launch on Sunday, our approach is based on two core principles.

First, that technology, not taxes, will get us there. And second, that we will not leave regional Australia behind.

The first part of our plan for affordable power in the Hunter is to fill the gap that will result from the closing of Liddell in 2023.

If the gap is not filled, it means higher prices for households and exporting businesses, and serious pressure on the viability of businesses such as Tomago.

We will fill the gap by building a gas-fired power plant at Kurri Kurri. This is a $600 million investment by the government in a new 660 megawatt open cycle gas turbine to be built by Snowy Hydro. Without Kurri Kurri there will be major increases in NSW energy prices. Such spikes would put at risk ventures like the Tomago Aluminium smelter, which is the largest electricity user in NSW. The smelter can't be turned on and off like a light switch, nor can it afford the price spikes that will occur with major energy shortages or intermittent renewables.

The only Labor person with the gumption to stand up for the needs of the workers of the Hunter has been Joel Fitzgibbon. I pay tribute to Joel. He has been a considered and thoughtful advocate for the region and his retirement is a loss for the Hunter.

I can assure residents throughout the region that our Liberal and Nationals candidates stand ready to be strong voices for sensible energy policy.

Our other critical commitment in the Hunter is to back the future clean hydrogen industry.

This is an industry that will bring to the Hunter new investment, provide highly skilled jobs and secure the energy needs of the Hunter long into the future.

The Hunter has enormous clean hydrogen potential. That is why we are providing $82 million in support for two hub projects valued at over $360 million. Half of our funding will be for the Port of Newcastle's Hydrogen Hub and the other half will be for Origin Energy Future Fuels Hunter Valley H2 Hub Implementation Project.

As well, the recent budget provided $100 million to help make the Port of Newcastle's infrastructure 'hydrogen ready'. These hydrogen projects are expected to create more than 2300 jobs when operational, and even more during the construction and port upgrades. I want Australia to be a world leader in hydrogen development and exports. The Hunter will be a critical part of those ambitions - for new industry, affordable energy, regional jobs and reliable and affordable energy.

This election is a choice. It's a choice between a government you know with plans on the table, and an opposition who do not know what they stand for or who they represent.

Only the Liberals and Nationals have a plan for clean, affordable generation and to meet the generation needs of the region, the state and the nation.

Our policies are building a strong economy for a stronger future.

Let's not turn back now. 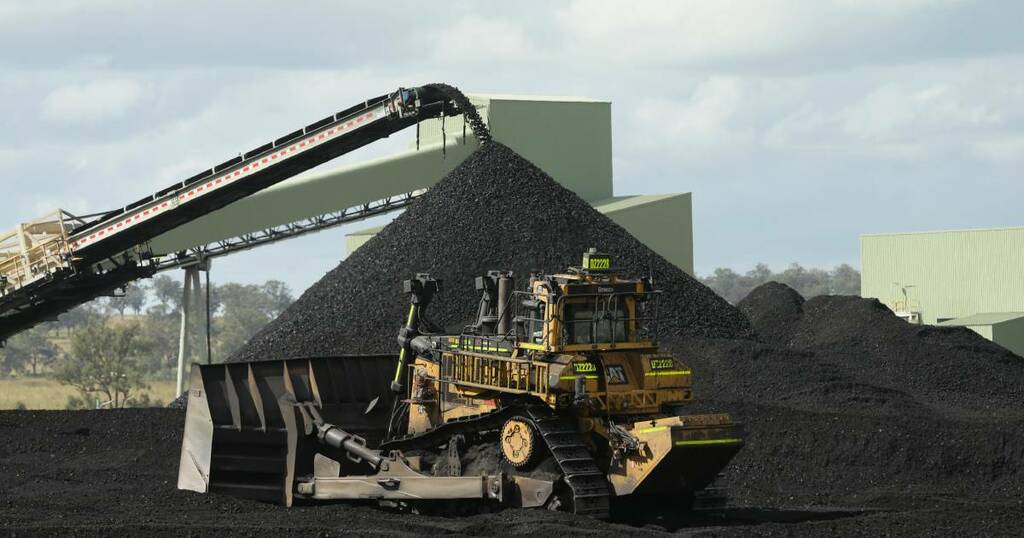 Newcastle Herald
One subscription that gives you access to news from hundreds of sites
Deputy PM in Hunter for $5.5 million pledge, refuses to talk 'transition'

A think tank says a project to make hydrogen from coal is unlikely to meet its carbon reduction claims. But…