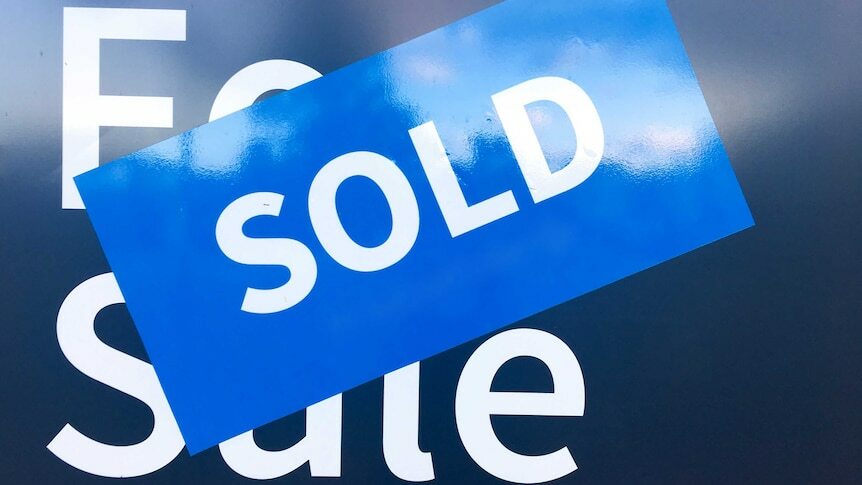 Australian home prices have surged almost 20 per cent over the past year, and investment bank UBS has warned that a record level of "liar loans" as buyers "chase the market" could be one reason why.

The bank's annual survey of around 900 people who took out a mortgage over the past year showed that 41 per cent submitted loan applications that were not completely factually accurate — so-called "liar loans".

That is a record high in the seven years UBS has collected this data, up from 38 per cent last year and 27 per cent back when the survey started in 2015.

It is noticeable that there was a brief dip during the banking royal commission hearings in 2018, at a time when the banking and financial regulators were also cracking down on risky lending.

Worryingly, the size of the misrepresentations also went up in 2021.

Of those who overstated income, 36 per cent did so by more than a quarter.

Likewise, 39 per cent of those understating living costs did so by more than 15 per cent.

UBS said the rising risk of home lending fuelling the current property boom was best captured in a record rise in "very high" debt-to-income mortgages — where the borrower owes at least six times what they earn each year — to 21.5 per cent of loans.

"Amid home prices booming 18.3 per cent year-on-year (highest since 1989), we think borrowers are 'chasing the market' and stretching towards their capacity limit to be able to qualify," the report said.

This has been aided by a reduction in the interest rate at which loan applications are being assessed, which is now around 2.5 percentage points above actual mortgage rates, down from more than 3 when tougher so-called macroprudential lending rules were last in place.

As with previous UBS liar loan surveys, borrowers who used mortgage brokers were far more likely to submit inaccurate applications (44 per cent) versus those who applied directly through a bank (29 per cent).

In the vast majority of those cases, borrowers said the mortgage broker advised them to falsify their application.

Property investors were also more likely to falsify their loan applications (at 53 per cent with one investment property and 57 per cent for those with two) versus owner-occupiers (31 per cent).

Buyers of rural and regional property were also more likely to have falsified loan applications, which was a new trend in 2021, perhaps as the level of sea and tree-changing increased.

"The issue of concern at present is that there is an increase in high debt-to-income lending, but it's offset against a number of other metrics which are going in a more positive direction from a macroprudential perspective," APRA chair Wayne Byres said.

Mr Byres pointed to a decline in high loan-to-valuation ratio and interest-only loans as counterbalances to any perception of rising risk.

Although, it must be noted that strongly rising house prices dramatically push down the loan-to-value ratio of existing loans.

Despite denying evidence of a deterioration in lending quality, Mr Byres did admit APRA was "cautious of the current environment and the way it could play out."

These comments seem to align with UBS's prediction that regulators may move to tighten home lending standards, but probably not for some months yet.

"Amid ongoing lockdown, and with uncertainty about the pace of recovery, it still seems unlikely there will be policy tightening before May [20]22," the bank's analysts wrote.

"Housing credit growth should accelerate to > 7 per cent year-on-year (and total credit growth near 6 per cent). Consequently, there is likely a case for macroprudential tightening in the second half of 2022."

“It’s at the worst level it’s been for some time.

“Then I think there’s just supply and demand, so one of the stats I look at is the number of houses being listed versus bought, and we’ve still got more demand than supply, so that’s pushing prices up."