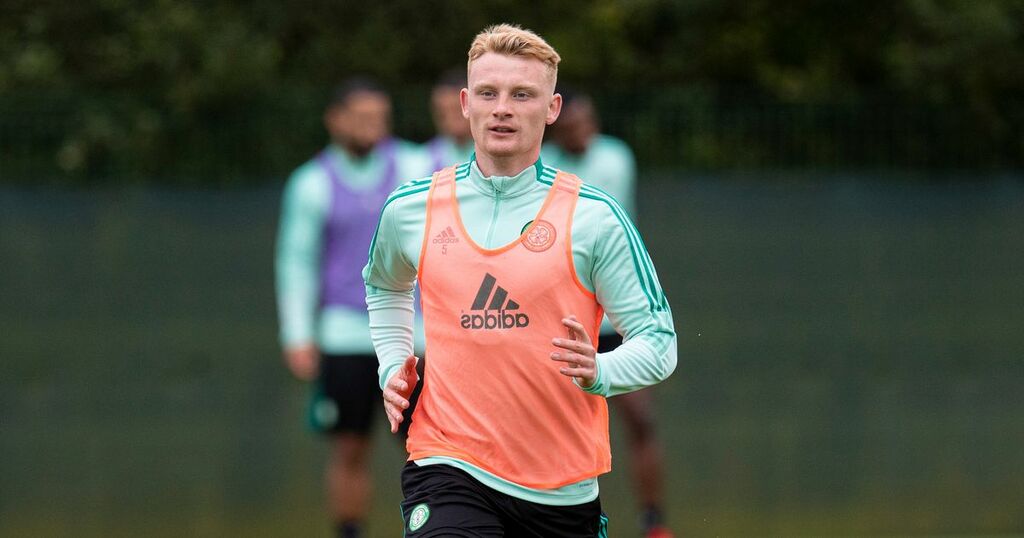 The Celtic new boy’s mum wasn’t best pleased with some of the language inked on to the page.

But Scales read the message. He got the sentiment loud and clear.

And it’s the reason why his old gaffer believes the Irish ace is set to excel at Parkhead.

O’Neill is delighted to see his former charge at UCD make the massive move to Glasgow’s East End, yet in no way shocked.

Scales name-checked O’Neill as one of the key influences on his career after sealing the £600,000 move from Shamrock Rovers.

But the former manager says the defender’s progression is down to his own ability to ascend the footballing ladder with seamless ease.

O’Neill has seen Scales take the next steps up whenever asked and has no doubts the situation will stay just the same under his new boss Ange Postecoglou.

However, his ex-gaffer smiles when he recounts the day when his rising star left UCD for Rovers and he handed over the words of advice he penned to help his departing charge flourish in the always cut-throat and often merciless game.

O’Neill said: “I gave Liam a letter when he finished with UCD. And I have to admit his mother wasn’t happy at all with one of the words I put on it.

“It’s something I thought, at the time, may have been a weakness but he’s just got better and better with it as time has gone on.

“I basically said, ‘the bigger stages that you move on to, the bigger something you will have to be’. I didn’t use the word something!

“Liam then moved to the bigger stage at Shamrock Rovers and he just continued to grow.

“It’s exactly what I expect from him again now that he has gone to Celtic.

“It’s a bigger platform, a bigger stage for him, but I fully expect him not just to do OK, but to actually excel there.

“As I said, if you look at each platform and stage that he’s been up to, he’s performed.

“To me, he has gone in under the radar.

“If he develops and grows as he has done at his previous two clubs then Celtic have got one hell of a player for a superb price.”

Scales has moved with comfort through the ranks at his various levels.

The youngster began his footballing life at Arklow Town before he was handed the opportunity at UCD six years ago.

In 2019, Scales was wanted by Bristol Rovers having also caught the attention of Manchester City’s Irish scout Mick Collins.

The kid was invited to the Etihad for a trial along with team-mate Neil Farrugia when both were under the care of O’Neill, but the next switch was to Rovers.

Scales helped his team to the title and O’Neill said: “I saw lots of things in Liam. But the main thing was quality.

“It’s not often to see many defenders that have such composure on the ball and he had a fantastic work-rate, desire and hunger.

“With that extra bit of quality he had, it’s no surprise he has gone up through the levels.

“Before I even brought him into my squad and he was playing in our underage system, I could see that quality.

“As early as possible, you thought, this boy is going to be a star.

“He never panics on the ball, is always aware of what is around him and can see that pass that counts.

“Where he has got better and better is that, no mater what stage that you put him on to, he adapted very quickly to it, grew into it and got better.

“From our Under-19s, we brought him into the first-team and everything we gave him to do, he got better and better at.

“Liam then moved to a bigger stage at Shamrock Rovers and he just continued to grow.”

Celtic represents another big step up the levels and his positioning within the Parkhead side remains unclear.

O’Neill used Scales in a variety of areas with the international comfortable at left-back, wing-back and also left centre-half.

The former coach is open to where Postecoglou might best deploy the 23-year-old in the coming months.

However, O’Neill does feel a battle with Greg Taylor and Adam Montgomery for the left-back slot might be on the cards for Scales.

He said: “Liam likes to get forward. It’s not often you have guys on the wing who are tall and attacking, but when he gets going into his stride, he’s quick and strong. He can just whip past people.

“So, for me, left back would be his best position. Attacking strength is the one thing he’s very good at.”

Postecoglou’s system places great demands on to his full-backs on both sides of the pitch, but O’Neill added: “Even at Shamrock Rovers when he was playing left wing-back, he’s a clever footballer who knows what’s going on around him.

“Liam can adapt to whatever system he’s deployed in.”