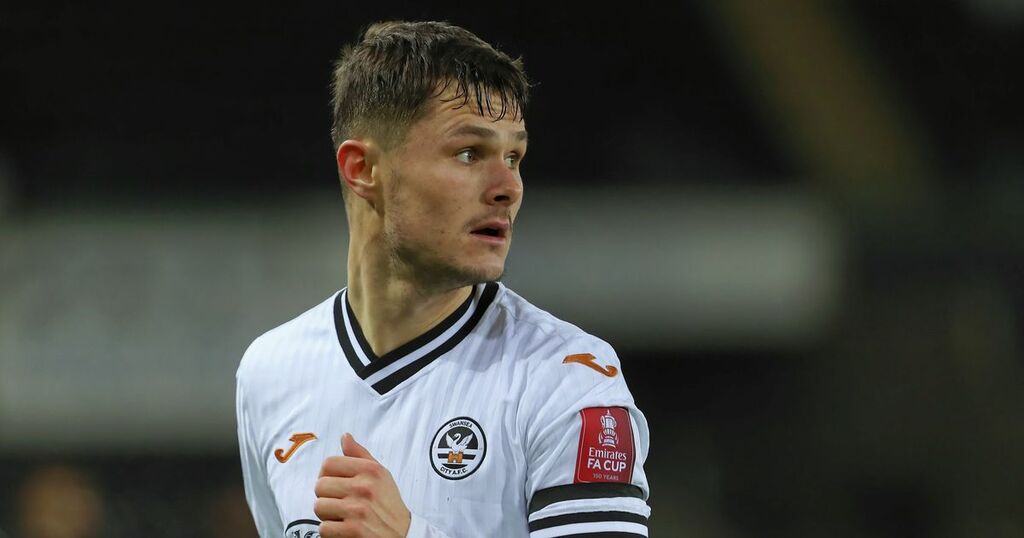 Liam Cullen has completed his loan move from Swansea City to Lincoln City.

The striker has made 14 appearances in all competitions for Swansea so far this term, although only six of those have been starts.

Top scorer Joel Piroe - who has netted 13 times in 23 outings since joining from PSV Eindhoven - has swiftly established himself as Swansea's first-choice striker while it is also hoped Michael Obafemi will have a greater impact in the second half of his debut campaign in south Wales.

And after travelling to Lincoln on Wednesday to finalise a move to the LNER Stadium, Cullen will now spend the remainder of the 2021/22 season with the Imps - who also have Swans loanee Morgan Whittaker in their ranks.

"The interest has been there for a while and once I was told that I was allowed to go out on loan I got up here as soon as I could," said Cullen.

"There were other clubs interested but none showed the desire that Lincoln did, which is why I'm here. I know the club and have some old friends here so was keen to come.

"The reputation the club has for developing players is brilliant. They are a young team who like to play football; a style of play that will suit me really well and hopefully I can hit the ground running.

"I'm really excited. I've heard a lot about the fans, especially the 617 Squadron in the corner, so I'm looking to getting out there in front of them."

The Wales Under-21 international is contracted to his boyhood club until the summer of 2024 while Swansea have the option to extend that deal by an additional 12 months.

Meanwhile, Blackburn Rovers are set to rival Swansea for the signature of MK Dons' Matt O'Riley, according to The Sun.

Russell Martin is a real admirer of the central midfielder and is eager to bring the 21-year-old to south Wales having worked with him in League One.

The Swans have already held talks with O'Riley's representatives but are bidding to trim down their squad in a bid to free-up funds for the capture of the MK Dons man.

Blackburn are said to be strongly considering a swoop for O'Riley which could include a player swap.

However, our colleagues at LancsLive state that the Ewood Park club would need to trim down their squad to raise funds for any potential move for O'Riley - even if a swap deal was to be struck.

The youngster - who scored the winner in his side's 1-0 triumph over rivals Wimbledon on Tuesday night - would command a transfer fee of around £1.5m.

Swansea have already added goalkeeper Andy Fisher and right-back Cyrus Christie to their ranks this month.

Ethan Laird and Morgan Whittaker are also among those to leave since the turn of the year.

The transfer window closes at 11pm on January 31.