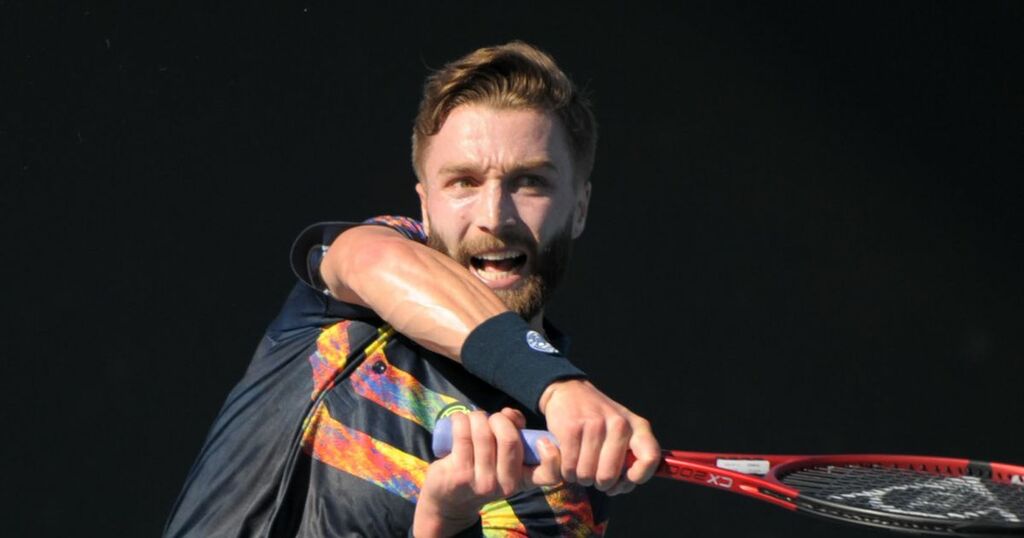 Stockport tennis star Liam Broady overcame a slow start to march into the second round of the qualifying event for this year's Australian Open.

Broady spent last week as captain of Great Britain's ATP Cup team but this morning's match at Melbourne Park was his first official match of 2022. He was up against the talented Pole Kacper Zuk and took a little time to get into his stride before a commanding finish took him to within two matches of the main draw.

Broady, seeded tenth in qualifying, had already saved two break points in the seventh game before facing two more in the ninth game of the first set and despite saving another, a backhand into the net on the second breakpoint saw Zuk take a 5-4 lead.

Broady saved two set points in the tenth game but the 22 year old Pole finally served out for the set at the third time of asking to move ahead.

Broady started as he meant to go on at the start of the second set, holding and then breaking Zuk's serve and a dominant second set saw him break Zuk twice more as the Pole was able to muster only three points in three service games with Broady sealing the set 6-1.

The third set followed a similar pattern, with Broady breaking serve at will and despite a somewhat sloppy game surrendering the early advantage to allow Zuk back into the game at 1-1, the match was increasingly one sided as Broady broke back again and held for a 3-1 lead.

Zuk saved two break points in the fifth game to just about stay in touch but when the pressure from Broady's backhand forced Zuk to net again to hand over a third break of the set for 5-2, the match was as good as over.

Broady served out the match with a minimum of fuss to reach the second qualifying round at Melbourne Park for the first time since 2015 where he will face highly-rated American Jeffrey Wolf in the second round on Thursday.