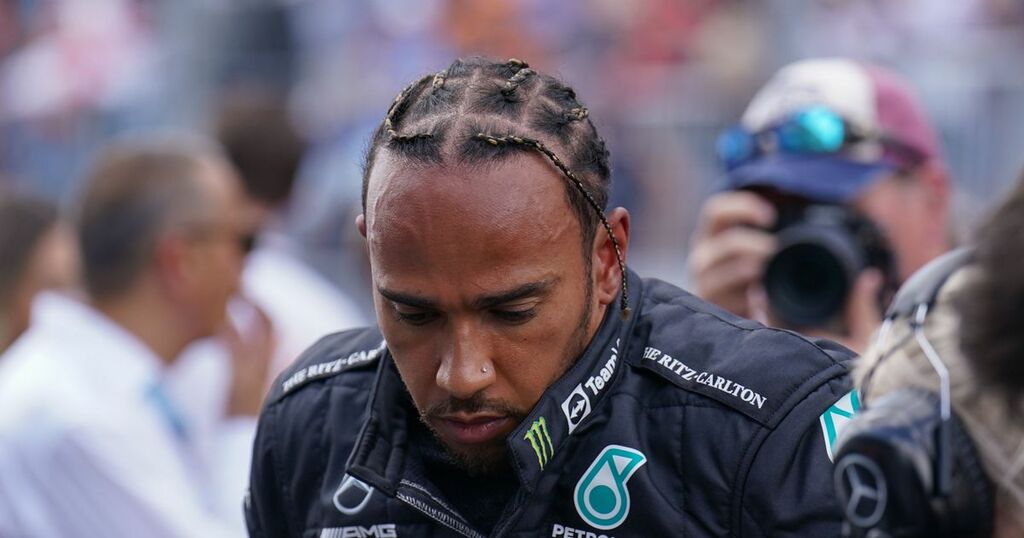 Lewis Hamilton slammed for being “too preoccupied with nonsense” amid Mercedes woes
Veteran rally driver Tim Coronel has criticised out-of-form Mercedes star Lewis Hamilton for his under-performance so far this season, suggesting…

Daily Mirror
One subscription that gives you access to news from hundreds of sites
Wolff: Russell's F1 approach feels like he has been here "forever"

Seven-time Formula 1 world champion Lewis Hamilton has been accused of being "too preoccupied with nonsense” following a miserable start to the 2022 campaign.

That's the opinion of former rally star Tim Coronel, who believes off-track matters are distracting Hamilton in his fight for a record-breaking eighth F1 title. The Silver Arrows ace placed sixth at the inaugural Miami Grand Prix on Sunday to climb up to sixth in the drivers' standings.

Both Hamilton, 37, and team-mate George Russell have been plagued by design flaws so far this year, yet the latter has fared better and sits fourth overall. Coronel, 50, believes the disharmony between Hamilton and his employers is a key reason behind his sub-par displays.

" Mercedes and Hamilton are not on a good vibe,” he told Motorsport.com (translated from Dutch). “As a driver, in a warm environment you express yourself well and then you can be creative and keep going. Hamilton and Mercedes are definitely not in that at the moment. I see Hamilton making a lot of excuses.”

Coronel went on to say it doesn't help Hamilton's case that he “keeps getting punched in the nose" by his team-mate, Russell. “Then you go to the wrong momentum and you see that happening with Hamilton now. He’s looking for excuses.”

The Mercedes superstar has found himself at the centre of a row concerning the FIA's decision to enforce a cockpit ban on jewellery more strictly. However, Coronel considers this just another distraction to help Hamilton excuse his performances on the track.

Where do you think Lewis Hamilton will finish the 2022 F1 season? Let us know in the comments section.

“Russell takes chances because he feels pretty good," added the Dutchman. "He creates that. We used to see that with [Michael] Schumacher, who really thought along with the team. Now Hamilton puts the ball to the team, but as a driver you also have to think. Hamilton is too preoccupied with his piercings, gems and other nonsense than with real racing.”

It was speculated that Russell, 24, benefited from a late tyre change in Miami after a Safety Car gave him the opportunity to move onto a fresh set before finishing ahead of Hamilton. The latter opted not to change tyres and proceeded to express frustration with the Mercedes pit wall, saying it's 'their job' to make decisions like that for him.

Both Hamilton and team principal Toto Wolff have acknowledged a shot at the title looks likely to elude Mercedes this season, with Red Bull and Ferrari streaking ahead. Charles Leclerc leads titleholder Max Verstappen by 19 points at the top of the drivers' table, with Hamilton 68 points off the pace.

Lewis HamiltonMercedesGeorge RussellFormula One
Sign up to read this article

Lewis Hamilton slammed for being “too preoccupied with nonsense” amid Mercedes woes
Veteran rally driver Tim Coronel has criticised out-of-form Mercedes star Lewis Hamilton for his under-performance so far this season, suggesting…

Daily Mirror
One subscription that gives you access to news from hundreds of sites
Wolff: Russell's F1 approach feels like he has been here "forever"