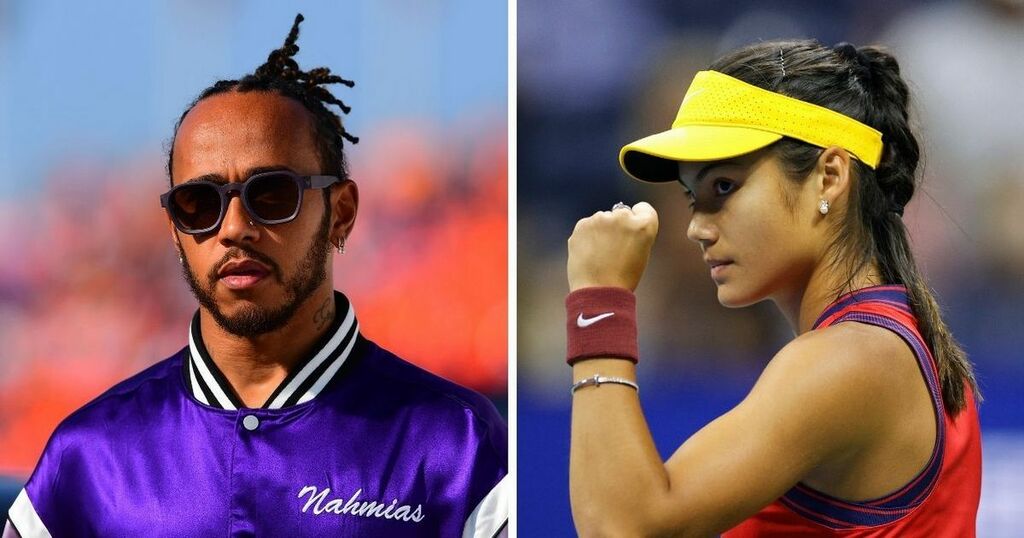 F1 star Lewis Hamilton is the latest in a long line of famous faces to pledge their support and show their admiration for Emma Raducanu, who has made history with her fairytale run to the US Open final.

The seven-time world champion was glowing in his praise for the Britain's teenage tennis sensation, who is taking part in just her second Grand Slam this month.

Since making it to the main draw in New York after winning her three qualifying matches, Raducanu has won each of her six matches without dropping a single set to become the first qualifier ever to reach the final of a Grand Slam.

The most impressive of those victories came in her last two outings, as she produced fearless a performance to comfortably dispatch Olympic champion Belinda Bencic in the quarter-finals and did exactly the same when pitted against Greek 17th seed Maria Sakkari in the last four.

Hamilton knows a thing or two about making an immediate impact on the biggest stage, finishing on the podium in his first ever F1 outing in 2007 and earning his maiden Grand Prix victory in his sixth race.

The 36-year-old took to social media after Raducanu's semi-final victory to congratulate her and send her a motivational message for the final.

"This is amazing," he said on his Instagram story, under a photo of Raducanu celebrating her win over Sakkari.

While Hamilton was pipped to the world title by Kimi Raikkonen in his debut F1 season, Raducanu will be hoping to go one better by scooping her first Grand Slam victory at Flushing Meadows.

Standing in her way is fellow teenager Leylah Fernandez of Canada, who is also making her first appearance in a Grand Slam final after enjoying a stellar run through the tournament of her own.

The 19-year-old reduced Naomi Osaka to tears by dumping her out of the competition in the third round, before going on to knock out 2016 champion Angelique Kerber, fifth seed Elina Svitolina and world number two Aryna Sabalenka to set up this final clash between two unproven, unseeded and unwavering teenagers.

It's the biggest match of both their fledgling careers so far, but Raducanu will sadly not have her parents in the crowd at the Arthur Ashe Stadium as they are unable to get permission to fly over in time for the clash on Saturday.

Instead, they will be cheering on from home as their daughter, hopefully, becomes the first British woman to win a Grand Slam singles title since Virginia Wade in 1977.