By Giles Richards at Monza 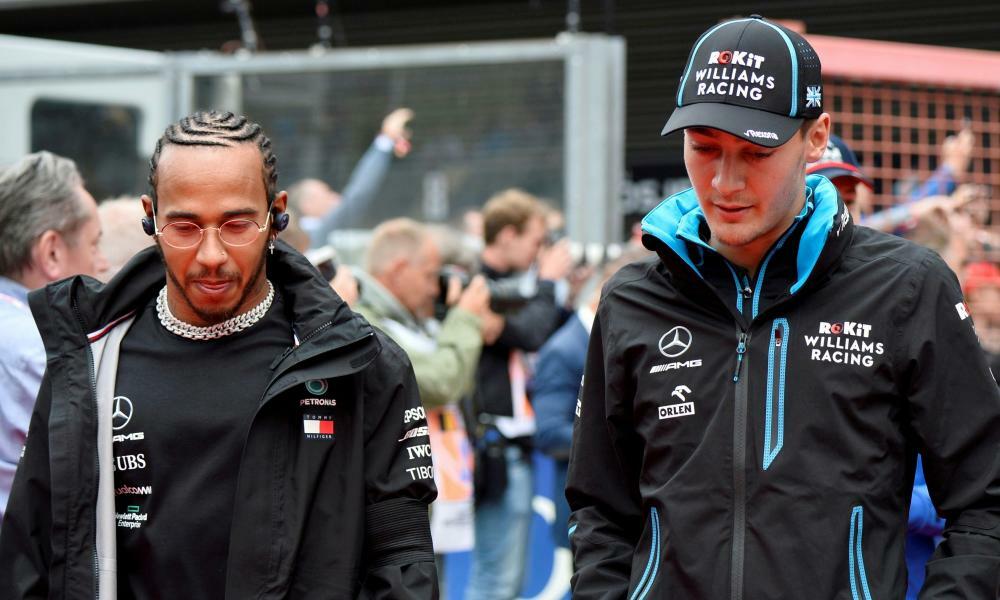 Lewis Hamilton has insisted he is looking forward to the challenge of having George Russell as a teammate next season with the British duo given the green light to race each other.

Mercedes announced earlier this week they had signed the 23-year-old from King’s Lynn to partner the current world champion and, speaking before this weekend’s Italian Grand Prix, Russell confirmed that the team had assured him he would not be the No 2 and would have the opportunity to challenge Hamilton.

Russell, who will replace Valtteri Bottas next season, has already proven to be an enormously gifted prospect but this will be his first chance to make his mark with a full season in a competitive car. Hamilton is 36 years old and in his 15th season in F1. As a seven-times world champion he has nothing to prove and wants there to be no favour shown between the two drivers at Mercedes.

“When I joined Mercedes in 2013 I said to [then team principal] Ross Brawn I just want equal opportunity,” Hamilton said. “That’s the most rewarding position to be in, because if you do the work and you do succeed you know you have done your job against whoever it is at their best. Winning when someone’s wings are clipped – that’s not something that interests me.”

However, Hamilton has not really been challenged by Bottas over the past five years and enjoyed a friendly personal and professional relationship with the Finn. Russell may well present a far more testing challenge and is unlikely to yield simply to Hamilton’s experience and seniority. Certainly, Mercedes will give him every chance to challenge the champion.

“I definitely go in on level terms that was made very clear to me, Mercedes are always respectful in that regard to give both drivers the best opportunities,” Russell said. “I have high aspirations but I know how tough this is going to be. Lewis is a seven-time world champion for a reason. I’m in one of the most fortunate positions on the grid to go out there and learn from him.”

Hamilton has endured difficult relationships with teammates in the past in his first season with Fernando Alonso and most notably with Nico Rosberg at Mercedes. Their relationship turned bitter and acrimonious to the detriment of the functioning of the team. Team principal Toto Wolff said it was a scenario they would never accept again, a stance which has been brought home to Russell.

“Mercedes have had clear experience of a poor dynamic within the team and they have made it absolutely clear they do not want a repeat and I don’t want that either,” he said. “It’s so important as teammates to work together. Next year is a new car, new regulations. There are no guarantees who will have the fastest car, it’s our job as drivers to push that forward. Lewis and I are at very different stages of our careers and I think that helps.”