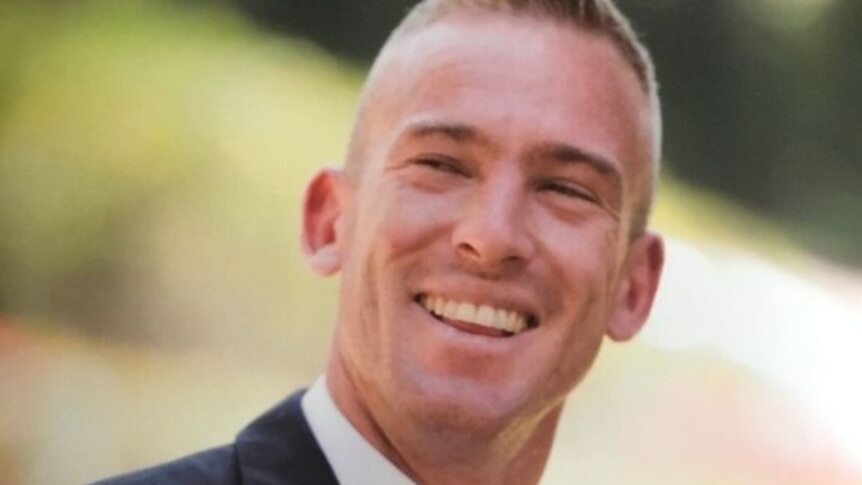 A man accused of stabbing another man to death during a violent brawl outside a Brisbane leagues club has been found guilty of murder and sentenced to life behind bars.

Levi Elliott, 33, pleaded not guilty last month in the Supreme Court in Brisbane to murdering Adam Woodward, 35, in Rocklea, in August 2018.

At the start of a 10-day trial, Crown Prosecutor Caroline Marco told the court the pair had been drinking with friends separately at the Brothers St Brendan's Football Club, before a fight broke out between them at the front of the venue during the night.

The court heard during the altercation Mr Woodward had pinned Elliott down and thrown several "hard punches" at him, before Elliott stabbed him 17 times with a butterfly knife.

Mr Woodward died at the scene from a fatal wound to his neck.

Ms Marco argued Elliott had "long-held" animosity toward Mr Woodward, and went to the clubhouse armed and intending to provoke a fight, before he "acted on strong feelings" and killed him.

Earlier in the trial, Elliott admitted to causing Mr Woodward's death, but denied planning to kill him, telling the court he was "in fear of my life" during the fight and was trying to defend himself.

"It wasn't a thought-out thing at all," he said.

When summing up, last week his defence lawyer Gregory Maguire told the jury his client "had reasons" for not getting along with Mr Woodward, but he had not set out to murder him.

"Mixed with alcohol and past history — it was a powder keg."

'A festering and unbalanced hatred'

After deliberating for less than two hours on Monday, the jury found Elliott guilty of his murder.

He was sentenced to life in prison.

When handing down his sentence, Justice Glenn Martin told the court Elliott had brought "grief and destruction" to Mr Woodward's family.

"It was a combination of a festering and unbalanced hatred for him combined with an evening of drinking," he said.

"You used your knife to kill Adam Woodward — not with one strike but there were many.

"One of them robbed a small child of his father — there is little more that can be said."