LABOR has beaten the Coalition. What changes in policy direction can we now expect? Can we expect some real leadership?

Can we expect more climate action from this new federal Labor government? This is unlikely.

In order to win government, Labor's climate policies needed to be almost identical to the Coalition's climate policy. The ALP has promised to preserve the jobs of fossil fuel workers, as Australia makes a 'faster' transition to renewable energy.

Maybe we can expect a net zero emissions target that is before 2050. But targets are easy and cheap. Real action that puts people out of work is not. Furthermore, action is unpopular and will lose votes in those electorates that are affected.

Will genuine refugees now be allowed into Australia or will they end up rotting in some godawful, secret, offshore concentration camp, since the people smugglers will be back in business?

Will the JobSeeker payment be restored so that the unemployed don't have to starve and beg?

Or will restoring JobSeeker be discarded since it may blow future budgets?

Did we buy a pig in a poke?

WE have a new situation in Australia. By 2025, the Coalition and Labor will be well under 30 per cent support and new parties will form, with the Greens up to 15 per cent at least and others around 10 per cent.

It will be almost impossible to see any party achieve more than 40 per cent support, ensuring a splintered government at all future elections.

By December this year, I think inflation could be running towards 10 per cent, excessive wage rises might have wiped out more small businesses, and unemployment will be on the rise.

If that doesn't happen, then Labor will be accused of not keeping their election promises. The "Teals" will probably have formed their own official women's parrty by then, at least we will know where they stand and what they stand for.

Electricity prices will be well on the rise as more and more coal and gas plants will be closed down.

The truth is that investors cannot afford to put their money into coal and gas as their possible returns will surely end in the near future.

If we genuinely want action on climate change, then surely we will ban exports of coal and gas and even possibly iron ore. We will need that for the many industries that will now be onshore and producing incredibly expensive items that most people won't be able to afford.

Then we will see a situation like the 1940s when Japan was cut off from access to industrial materials forcing them into a situation where "if you won't sell it to us we will have to take it from you."

Lots to look forward to and no, this is not a send up, this is real.

MY message to the Liberal-National Party, or what is left of it after the election, is to heed the voice of the Australian people and do not go down the same destructive path twice.

Peter Dutton may have won the seat of Dickson again but this does not cut any ice with the rest of the country who have made their voices known for years on subjects like climate change, a more respectful and fairer go for women inside and outside of parliament, affordable housing and a federal anti-corruption commission, only to be ignored.

While deliberating and chewing over what went so horribly wrong, do not be tempted to make Dutton your leader.

He was very much part of a government that Australia has voted goodbye to, so do not try to resurrect it.

Start afresh and make your new leader someone with integrity and vision so we can have a vital opposition party. That is if you can find anyone.

Just blame it all on ScoMo

THE people have spoken and we have a new federal government. Still about a third to half the population won't be satisfied, but that's democracy.

Some people though will be very happy, including the CFMEU who would be ecstatic at the thought of Albo getting rid of the Australian Building and Construction Commission.

The people smugglers would be driving up the price of old fishing boats in Indonesia. Climate change activists around the country will be getting out their placards.

Meanwhile, Albo will be pondering the huge drop in power prices he has promised and how he will produce the thousands of green energy jobs he has said will replace the coal miners and power station workers jobs as the Greens and the Teals force him to shut down the coal industry and close the power stations.

But I guess for the first 12 months they will still blame it all on ScoMo.

Libs got what they deserved

THE Liberals deservedly lost the election because they abandoned their traditional conservative base and now we have a government led by someone who only won because he isn't Scott Morrison.

The move to the Green/Teal leftist climate alarmists is no real surprise and obviously, the ill-informed fell for the media alarmism and think that climate issues are more important than economic issues.

Obviously the ill-informed fell for the media alarmism and think that climate issues are more important than economic issues.

Anyway, the media now needs to have the Benny Hill music ready every time Albo opens his mouth about the economy and our resident cartoonist ie. political commentator David Pope will have enough material to lampoon the PM every day, just as he did with ScoMo.

So strap on your seatbelts folks for a fun-filled ride with Albo, our answer to Joe Biden, for the next 3 years, if he lasts that long that is.

Millions could be better spent

WITH the election done and dusted, may I make a suggestion to one of Australia's richest men, billionaire Clive Palmer? Instead of trying to control the country by spending millions on a totally wasted campaign, perhaps a change of direction may give him a little more credibility in future? Regional Australia is crying out for more doctors, nurses and workers in aged care.

The millions he has spent could be used far more constructively in so many ways and, at the same time, give so much more back to the community.

Does he give scholarships to any of those not wealthy enough to become involved in medicine or the sciences? Does he support any worthwhile charities, surely someone of his wealth is in that position?

Twiggy Forrest certainly does and Clive should spend his millions more wisely in the future.

WE read again of another tragic death waiting for an ambulance, ("Triple zero tragedy: woman dies after four calls, 7-hour wait", Herald, 21/5). Brad Hazzard, you have been told many times more paramedics are needed on the front line. At least 1500, it is stated in this paper this morning. Disgraceful. You should be held accountable for these deaths, not the poor paramedics who are doing their best with what you have given them.

WHAT a cracker of a cartoon by Lewis, (Herald, 21/5), as Ben Chifley said when introducing the new Holden in 1948, it's a beauty. This can also be said about the cartoon, the best I've seen in a long time.

MORRISON loses the election. It's a miracle!

I WOULD just like to thank all those Australians who voted for successful independent candidates. By your actions you have managed to make it much more difficult to govern our country; basically speaking, you have screwed the pooch for over 70 per cent of your fellow Australians. Anyone giving odds on another election within 12 months?

WHAT a great night for all Australians. I'm proud of my fellow citizens for voting out a corrupt and divisive government!

THANK you Scott for all you have done for Australia, in your time as our PM, especially in the pandemic. Winston Churchill did the same for Britain in its darkest hour, and the population shunned him when it was over, so you are in great company in history. Best wishes to you and your family for the future.

I WANT to see Sussan Ley endorsed as opposition leader. Fingers crossed, the Liberal Party is willing to install its first female leader, and a leader not connected to either faction.

CONGRATULATIONS to Mr Albanese. The Albanator has a big job ahead. Kissing all those independent bums won't leave time for a lunch break. Call the union Albo, protect your right to have lunch. Small business people don't get lunch breaks.

THE Knights coach at last week's press conference described some of his team as having "performance anxiety". Now that takes the cake in the excuses competition. Perhaps it is code for "can't play". If it is, then I heartily agree with him. 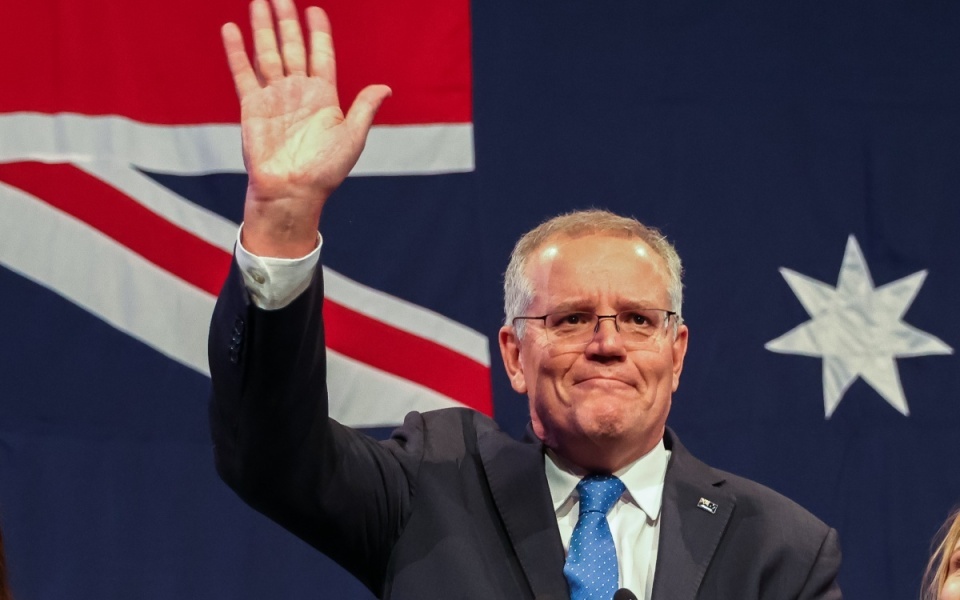 Jacqui Munro: Out with the old, in with the new political script
A party can’t govern forever, though Menzies set a high bar at 16 consecutive years as PM. The Coalition’s nine…