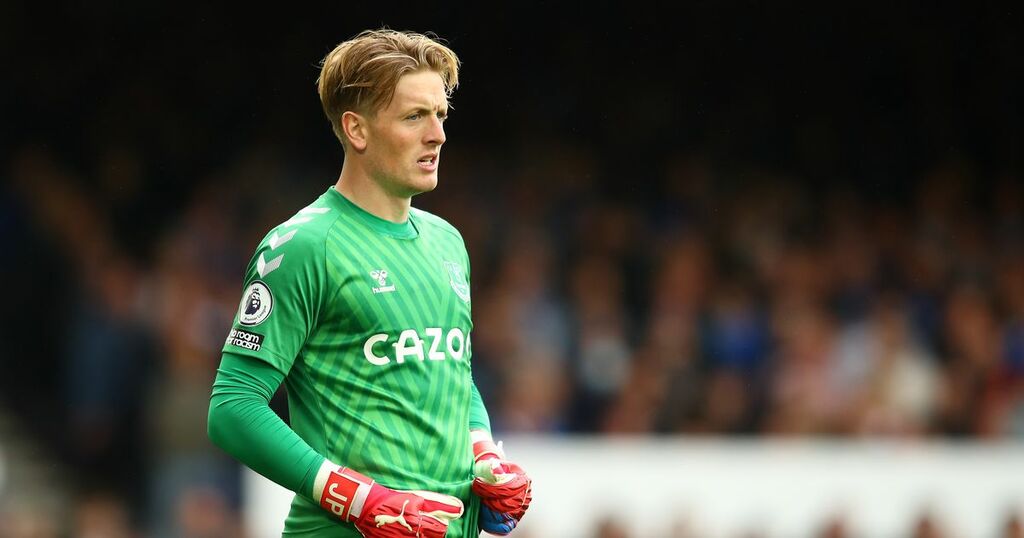 Everton goalkeeper Jordan Pickford has spoken of his pride at making his critics eat their words every time he pulls on an England shirt.

Pickford wasted no time in emerging as Gareth Southgate's first-choice after being handed his international debut back in 2017.

But the Everton goalkeeper's place had come under threat in the opening months of last season for both club and country following a number of high-profile mistakes.

However, Pickford bounced back from those errors and finished the campaign in tremendous form for the Blues.

The Everton star then continued that impressive form in Euro 2020 and was instrumental in helping England reach the final.

And although he saved spot kicks from Andrea Belotti and Jorginho in the final against Italy - England were still condemned to defeat on penalties at Wembley.

An error against Manchester United in pre-season has been followed up by three impressive displays in his side’s opening three Premier League games of the season.

However, those impressive displays over the past year still didn't prevent Roy Keane, Gary Neville, Ian Wright and Lee DIxon from all criticising the Blues star.

But Pickford, who can write his way into England’s record books by keeping a clean sheet against Poland tonight, has a simple message for his critics.

“I’m focused on doing everything I can on the training pitch like always, giving 100 percent, always improving, trying to get that one or two percent better each time, keeping clean sheets.

“I think if they are still making noise then it’s a good thing really. For me, it’s just performing on the pitch and not getting distracted by any of that.”

The Everton goalkeeper then continued: “As a kid, you always dream to pull the England shirt. Sometimes I hold my hand up, in the past for Everton I’ve made a few errors.

“But you can only learn from them really and I feel like that’s what I’m doing.

“For England, when I pull that shirt on, I’m just the same person, just giving my all all the time and hoping to clean sheets. It’s definitely a magic shirt.”