It makes me a little nervous that there are only four people between us and a King Louis, ruler of Britain and the Commonwealth.

Remove from the equation of royal succession King Charles, William the Prince of Wales, Prince George and Princess Charlotte and we get King Louis who, I fear, if he ever gets to the throne, may be more interested in attending Glastonbury than Parliament.

Anyone who watched Louis steal the show at the Queen's Platinum Jubilee celebrations earlier this year, knows he's a cheeky four year old. And thank goodness for that. He just made the royals seems very normal, for a second, with his refusal to sit quietly, instead sticking his tongue out at his mother, during what must have felt like interminable pomp and ceremony.

So, we now have King Charles III on the throne, to be likely followed by William and then George.

Not wanting to put the kibosh on Charles, William or George, I think we should jump them all, in a few years anyway, and cut straight to Queen Charlotte. We'd be very well served by a Queen Charlotte.

Not only is she the spitting image of her great-grandmother as a child, but she seems to have that same spine of steel as the late Queen Elizabeth II. And a serious amount of confidence.

Charlotte was giving it to Prince Louis during his shenanigans at the Jubilee celebrations and also commanded Prince George to bow during the Queen's funeral service.

She's only seven but Charlotte seems to have inherited her mother's poise and understanding of ceremony. Unlike poor nine-year-old Prince George who already appears to have the weight of the world on his shoulders, eyebrows almost permanently knitted.

It feels kind of cruel that a child is groomed from birth for such overwhelming responsibility. Even down to little things such as Prince George having to sit through a stifling Wimbledon men's tennis final in a coat and tie, telling his dad he was hot, but to no avail. Put that kid in a singlet and shorts already!

But it seems that succession to the throne is not just about being born at the right time and in the right order. Parliament can both determine the title to the throne and deprive a monarch of the throne, according to the 1701 Act of Settlement.

Law-makers in Britain have already changed the line of succession, recently throwing out some anachronisms about who can assume the throne.

Changes to the law in 2013 ended "the system of male primogeniture, under which a younger son can displace an elder daughter in the line of succession", for children born after October 28, 2011. If that law hadn't changed, Louis would have leap-frogged Charlotte in the line of succession simply for being male. And the old law is why Princess Anne is 16th in line to the throne, after her brothers Andrew and Edward, despite being the Queen's second-born child.

Another law change in 2015 ended the provisions "by which those who marry Roman Catholics are disqualified from the line of succession". But Catholics, themselves, are still banned from ever taking the throne, as the monarchy upholds the Church of England and protestant faith. In fact, in legalese, the crown will pass over a Roman Catholic "as if they were dead". Just a little chilling.

But with legal precedent for changing the order of succession, a Queen Charlotte is not out of the question.

Parliament could, one day, decide she is best to take the throne. Or her grandfather, father and brother may decide it's just not for them.

True, Charlotte may just be benefitting from the second-child syndrome.

Free from the pending responsibility that awaits her older brother George, she is able to display more of her personality, knowing she will actually probably never be Queen and is free of the courtiers that no doubt monitor George's every public move.

Yet, in the same way, I think, a Queen Anne would have been good for us - no-nonsense, direct, humble and dedicated to service - a Queen Charlotte one day might surprise everyone.

I still love Charles, but he now seems a little overwhelmed by it all. Good luck to him.

The line of Succession:

1. William, the Prince of Wales

5. The Duke of Sussex 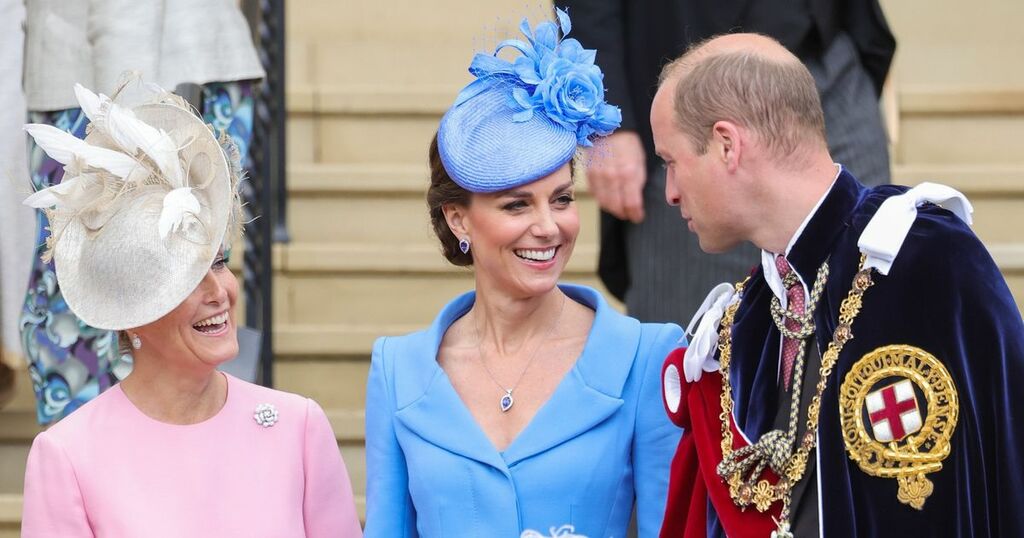 Katie Nicholl's upcoming book, The New Royals: Queen Elizabeth's Legacy and the Future of the Crown, features Kate's praise for…

Queen Elizabeth's only daughter, Princess Anne, met Royal Navy personnel who took part in the funeral procession for the queen,…

Irish Mirror
King Charles is considering a change to demote princes Harry and Andrew, but his sister Anne could be on the rise

Princess Anne, known for her no-nonsense attitude, unchanging hairstyle and work ethic, often flew under the radar during her siblings'…