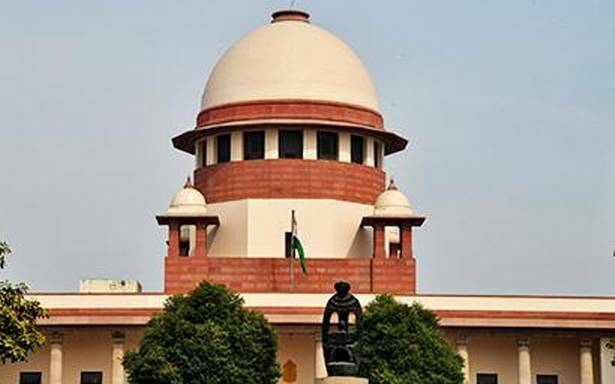 The Supreme Court on Thursday emphasised that girls should not lose their opportunity to take the entrance exam in December 2021 for admission to the Rashtriya Indian Military College (RIMC).

A Bench led by Justice S.K. Kaul did not agree with the government’s proposal to allow girls sit for the exam in June next rather than December 18, 2021.

The court reasoned that if the government has not shied away from admitting girls into elite military institutions for a career in the armed forces, it should not have problems in making the necessary preparations for having them write the entrance exam in December 2021 itself.

“If you have walked a mile, should not walk another step ahead?” Justice Kaul asked the government side.

In an affidavit filed in the court, the Ministry of Defence (MoD), citing the requirement of authorising additional vacancies along with other associated infrastructure and administrative support, proposed a two-phased plan to allow girls to be admitted to the RIMC and the Rashtriya Military Schools (RMS).

However, the court said admission of women candidates would take place only by January 2023 if they were allowed to take their exam in June next. This would delay the actual entry into the RIMC by a whole year. The exam notification could be modified, without changing any dates, to inform that girls would be allowed to take the exam in December.

The hearing on Thursday came as a sequel to a September 22 hearing by the same Bench, which had pushed the armed forces to live up to its reputation as “the best response team we have” to stand up to an emergency, iron out creases and make history happen by allowing women to write the National Defence Academy (NDA) entrance exam in November 2021.

On Thursday, Additional Solicitor General Aishwarya Bhati said the government was not “running away” from its obligations to allow women entry into the RIMC. “Initially, yes, there was some reluctance, but with My Lords’ advice we are going ahead with it. We are not shying away...”. The military establishment was only seeking some time to make preparations for women students, she contended.

The court noted that six months was more than enough for disciplines organisations like the RIMC to make the preparations.

The process of intake into the RMS would begin with the academic session 2022-2023, the court said, scheduling the case next to January 18, 2022.

As per the proposed plan of the MoD, for entry into the RIMC in the first phase, the maximum capacity will be increased from 250 to 300 incrementally, by inducting five girls for six months, and in Phase-2, the capacity will be hiked from 300 to 350 to induct 10 girls every six months. At the end of this expansion, the RIMC will have 250 boys and 100 girls. The RIMC is located in Dehradun.

For induction of girls in the RMS, the Ministry had proposed that in Phase-I, 10% of the total vacancies in each school will be reserved for girl candidates for entry into Class-VI in accordance with various reservations applicable in the RMS’ with effect from academic session 2022-23. Similarly in Phase-II, 10% of the total vacancies will be reserved for entry into Class-VI and Class-IX with effect from academic session 2023-24.

The RMSs are located at Chail (Himachal Pradesh), Ajmer, Belgaum (Karnataka), Bengaluru, and Dholpur (Rajasthan) in which 30% of the available seats are also earmarked for wards of civilians. The admission test is held in December for approximately 350 seats.