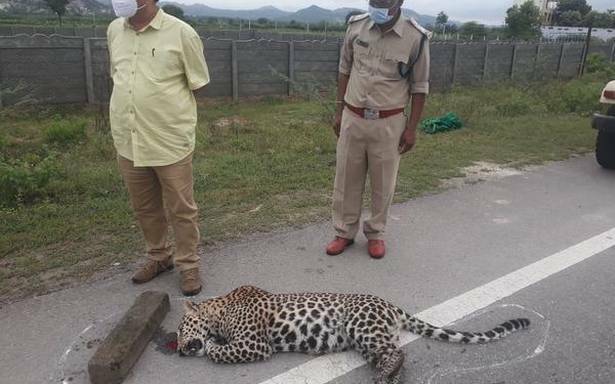 A female leopard was found dead on the road near Choudarpally village of Devarakadra mandal in Mahabubnagar district on Wednesday, in what is assumed as a hit and run instance.

As per the details shared by the District Forest Officer Ganga Reddy, the Forest officials received information from the police, at about 3.30 a.m. on Wednesday, about the body of the leopard lying on the road.

Circumstantial evidence suggested that the two-year-old feline might have died in an accident, though post mortem was done and samples have been collected and sent for analysis, to rule out poisoning, he said. Pug marks were also traced in the area surrounding the road.

Body of the leopard has been disposed of after the post mortem as per the established procedures, Mr. Ganga Reddy informed.