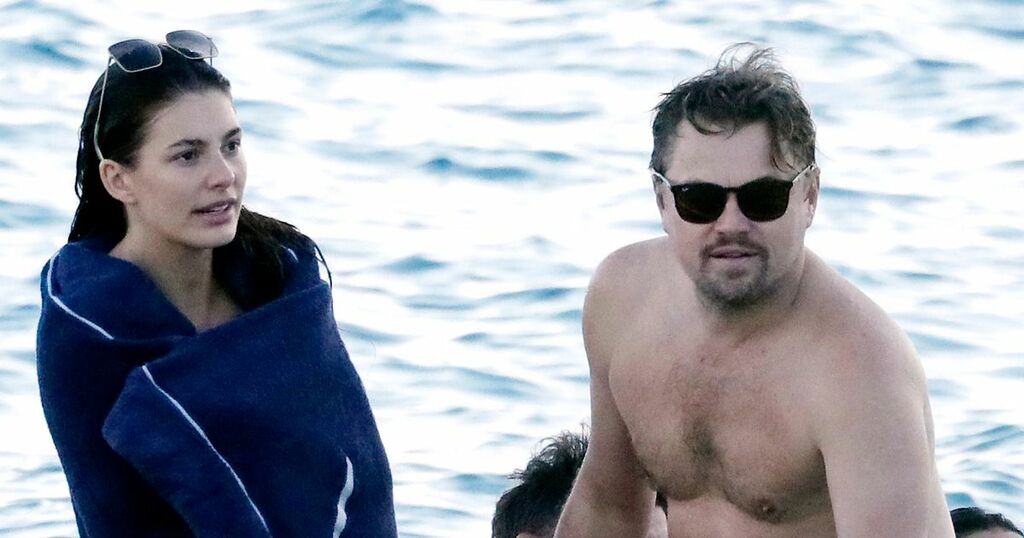 Leonardo DiCaprio was starstruck by his girlfriend Camila Morrone as he couldn't keep his eyes off her during their Caribbean break.

The Wolf Of Wall Street actor, 47, was papped on the beach with the 24-year-old beauty and appeared to be gazing at her in every image.

They appeared to be messing around on the sand as Leonardo looked at his partner lovingly.

She looked incredible in a very skimpy black bikini, which showed off her runway-ready figure.

Meanwhile, Leonardo wore a pair of bright blue shorts as they splashed around in the water together before heading out on a boat.

Leonardo and Camila have been holidaying near the 'playground for the world's billionaires' island St Barts in the Caribbean, since New Year's Eve.

The couple were seen together on the Vava II superyacht - the largest yacht to be manufactured in Britain - with friends, with the huge yacht being own by Swiss pharmaceutical billionaire Ernesto Bertarelli, 46.

With a gym, swimming pool, cinema and 'beach club' on board, the superyacht doesn't hold back from luxury.

The manufacturer of the yacht has said that it can hold 30 crew members and 22 guests and when filled with 523,000 litres of fuel it can travel over 5,000 nautical miles.

The Titanic actor was recently accused of being an eco-hypocrite as he was pictured on board an environmentally unfriendly superyacht during his holiday to St Barts.

He is a celebrity UN climate change ambassador, and has openly called the issue of climate change to be ‘the most urgent threat facing our entire species’.

He's urged his fans to take action to combat climate change, with his recent role on Netflix hit Don't Look Up bringing more attention to the cause.

Despite his stance on this, he spent some time enjoying the luxuries of the the 315ft, £110 million Vava II superyacht - which produces as much carbon from sailing seven miles as the average car produces in a year - during his latest jaunt abroad.

The Vava II has six desks, with a helipad on the uppermost and costs a staggering £250,000 to fill its fuel tanks.