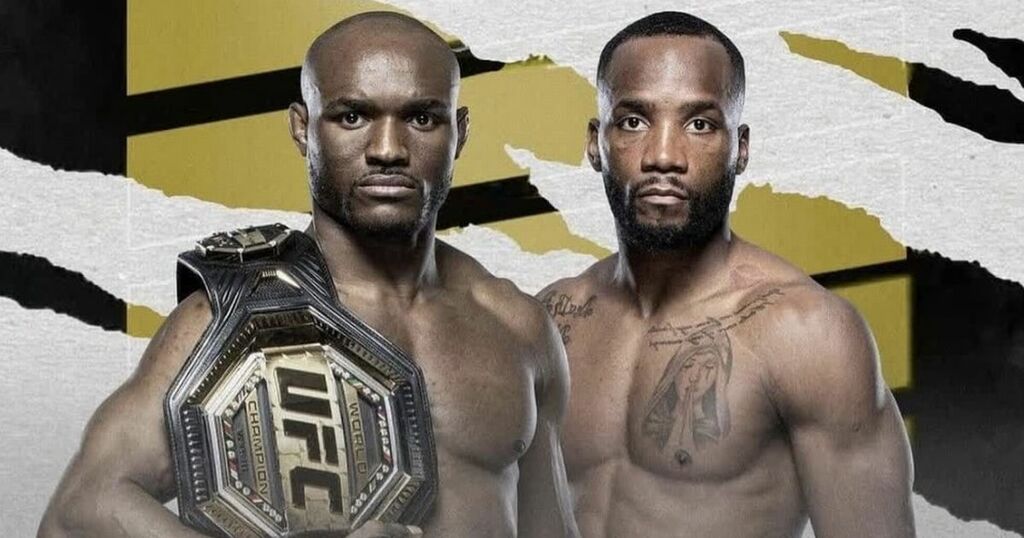 UFC boss Dana White confirmed Edwards will "100 percent" be next in line for the pound-for-pound No.1.

Edwards, who was raised in Birmingham, is unbeaten in 10 fights since being outpointed by Usman in their first meeting six years ago.

'Rocky' had a problematic 2021 campaign, beginning with an unfortunate eye poke in March against Belal Muhammad that saw the fight declared a no-contest.

Edwards went on to outpoint fan-favourite Nate Diaz in his only win of the year, due to the Brit's fight against Jorge Masvidal in December being cancelled after the American withdrew due to injury.

And White recognised that Edwards didn't have the best of luck when discussing his decision to award him a title shot.

“That kid’s had a rough run and he deserves it. If you look at it, Colby (Covington) lost to him (Usman) twice, Gilbert (Burns) lost, Leon’s next. He’s No. 3," White told TSN.

Usman - who defended his title three times last year - is considered one the most dominant champions currently in the UFC.

'The Nigerian Nightmare' stopped Burns at the start of 2021, knocked out Masvidal in their April rematch and picked up his second win against Covington in November.

Edwards revealed he would sit out and wait for a title shot when Masvidal withdrew from their fight at UFC 269, despite the likes of Khamzat Chimaev offering to replace the American.

Chimaev - who is 4-0 in the UFC - was first booked to fight Edwards at a Fight Night event in December 2020.

The fight was then cancelled three times after Chimaev battled lingering effects of Covid-19 and considered retiring from fighting.

Can Leon Edwards become the UFC welterweight champion? Let us know your thoughts in the comments section below

And White praised Edwards for agreeing to fight Chimaev after previously claiming nobody wanted to fight the Chechen.

"I wanted to point out, we were in a matchmaking meeting on Tuesday and I'm always like 'nobody wants to fight him' Leon Edwards signed the bout agreement to fight him," White continued.

"I think he (Edwards) was ranked No.3 at the time, so I just wanted to make that clear publicly, he absolutely stepped up to fight him."

"I never gave that kid the credit that he deserved. He said yes to it, signed the bout agreement and was ready to roll."

Edwards will have the chance to become just the second British UFC champion in history, with veteran Michael Bisping first accomplishing the feat in 2016.