Lens, Lille and Marseille told they will be docked points if hooligans run riot 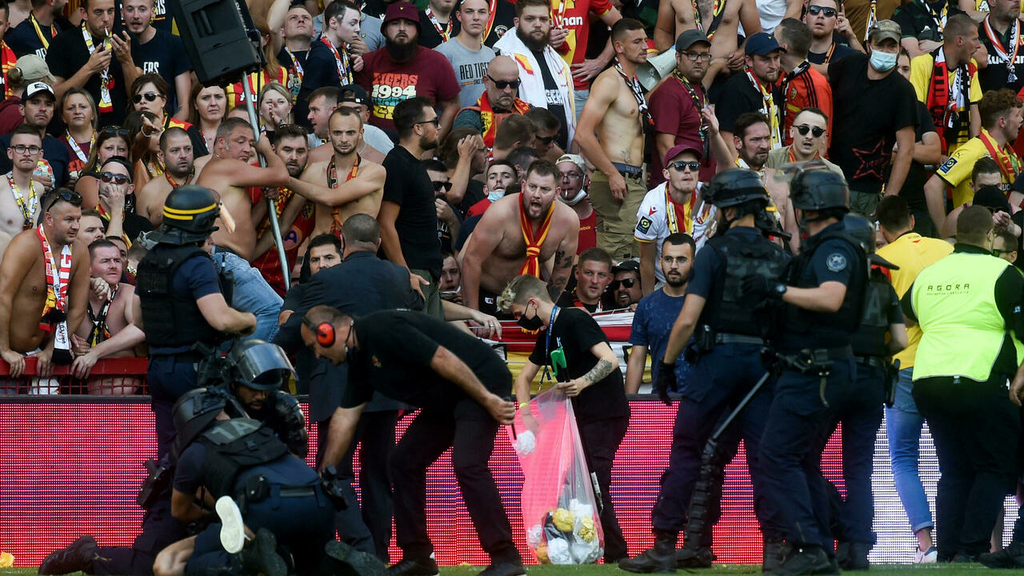 French football’s disciplinary watchdogs on Thursday fined Angers €20,000 and threatened to dock a point off Lens, Lille and Marseille if their fans misbehave again over the next 12 months.

The sanctions follow disturbances during the derby between Lens and Lille on 18 September at the Stade Bollaert-Delelis and Marseille’s visit to Angers on 22 September.

The Ligue de Football Professionnel’s (LFP) panel said Lille and Marseille fans would be barred from supporting their team at away matches until 31 December.

“We only fined Angers," said Sébastien Deneux, head of the LFP’s disciplinary committee. “And if the punishment seems less severe, it’s because the club appeared less at fault to us less than the other clubs concerned.”

In the flare-up at Lens, dozens of home fans spilled onto the pitch at half-time and headed over to the enclosure holding the Lille fans to goad them.

Six people were slightly injured after Lille supporters ripped out seats and hurled them onto the pitch before riot police stepped in to quell the violence. Lens won the game 1-0.

"Lens salutes the lucidity of the disciplinary committee, whose judgement was based on an in-depth and enlightened analysis of the facts," said a club statement.

"The club calls on everyone's sense of responsibility and will continue to be intransigent against any inappropriate behaviour."

During the Angers match against Marseille, away supporters threw firecrackers before around 40 of them escaped from their pen to try and attack nearby Angers supporters.

It was the third incident involving Marseille. At the beginning of August at Montpellier, the match was interrupted for several minutes after missiles were thrown at the Marseille Valentin Rongier who was caught on the head.

Montpellier's Florent Mollet was also hit as he prepared to take a corner.

On 22 August, the game at Nice was abandoned after Nice fans threw a bottle at the Marseille striker Dimitri Payet who threw it back into the crowd.

On 9 September, the LFP deducted a point from Nice and ordered them to play two matches behind closed doors after hundreds of fans invaded the pitch.