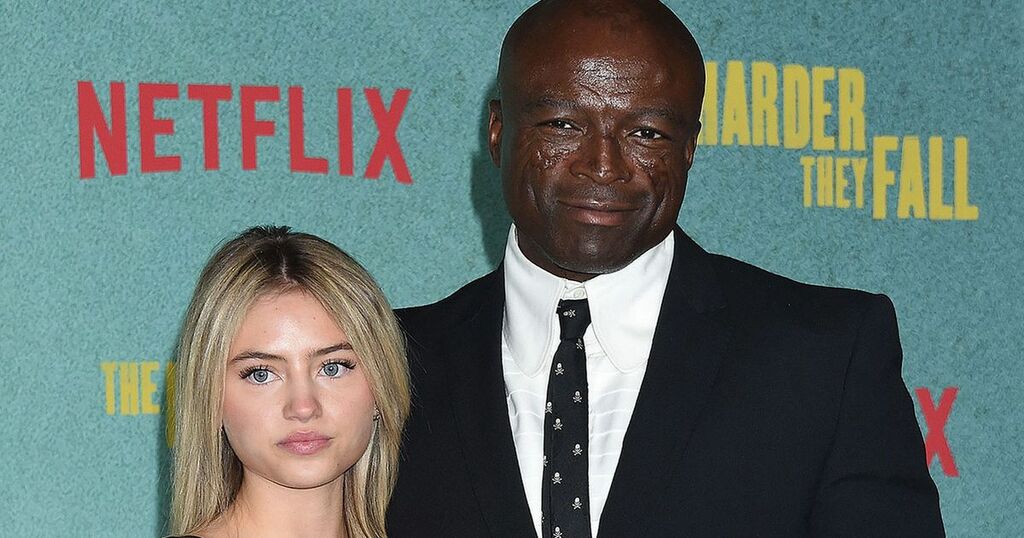 Leni Klum was a doting daughter as she joined her father Seal at the premiere of his new movie.

The 17-year-old - whose mother is model Heidi Klum - accompanied her father on the green carpet at the Los Angeles premiere for The Harder They Fall on Wednesday night.

Seal performed one of the songs on the soundtrack, which also features tracks by Jay-Z and Lauren Hill.

Leni recently made her modelling debut on the cover of the German edition of Vogue magazine and she showed off her model skills as she pouted for the cameras on the green carpet next to her proud dad.

Leni wore a hugging black dress, which had extra jewelled detailing on the lower hem to give it that glitzy and glamourous look. Her shoulder-length blonde locks were naturally styled whilst she completed her look with black nail polish and striking make-up.

In one snap, Leni cuddled up to her father, clearly proud of his achievements as they both smiled for the cameras, whilst she also posed for a group picture, where she was seen stood between the Kiss From A Rose singer and her boyfriend, 18-year-old hockey player Aris Rachevsky.

The 17-year-old recently appeared alongside her model mum on the cover of Vogue magazine and Heidi says she was worried about her daughter following in her footsteps because she thought she was "too young" to be in the spotlight.

She told People magazine: "I always thought she was too young. We always also decided to keep the children out of the public eye. But she's driving a car now, she's 16, so I figured if you can do that, you can also model now if this is what you wish to do."

Heidi knows how "strong" women, in particular, have to be when joining the modelling industry but she thinks her daughter has what it takes to be successful.

"Obviously, as a mother, [I want my] child to do what she wants to do," she added.

"The industry is great and I love it and I've been in it for over 20 years but it's also, it's a lot of traveling, it's different.