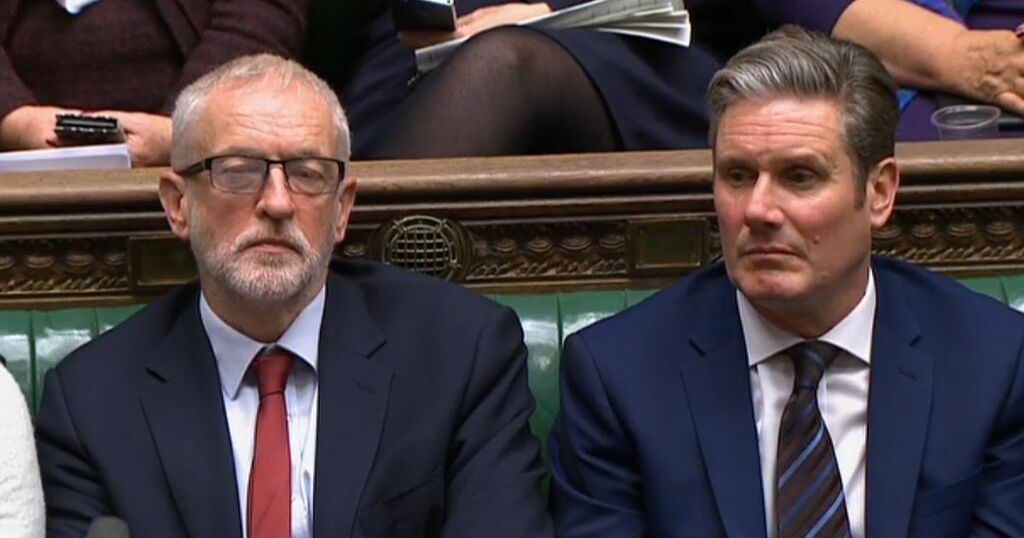 Former Unite boss Len McCluskey has accused Keir Starmer of breaking his promise to let Jeremy Corbyn back into the Labour party.

Mr McCluskey claimed that Mr Starmer had reneged on a pledge to readmit the former leader back into Labour's ranks following a row over anti-Semitism.

But Labour sources disputed Mr McCluskey's version of events, insisting there had not been a backroom deal to allow Mr Corbyn back into the party.

The row centres on Mr Corbyn's suspension from Labour in October last year after he said the scale of anti-Semitism in the party had been "dramatically overstated for political reasons".

His comments came in response to a damning report by the Equality and Human Rights Commission (EHRC), which said Labour had broken equalities laws through harassment and political interference in complaints of anti-Jewish hate.

Mr Corbyn put out a clarifying statement and he was later readmitted as a Labour member by the party's ruling body.

But he has still not had the whip restored, meaning he sits as an independent MP.

Writing in The Guardian, Mr McCluskey claimed that Mr Starmer had personally ordered Mr Corbyn's suspension - rather than General Secretary David Evans - which would have been regarded as political interference by the EHRC.

He said: "Starmer was careful to tell the BBC Today programme the following morning: “Appropriate action was taken yesterday by the general secretary in suspending Jeremy Corbyn.”

"But that’s not what he told me on the phone. His words were: “He put me in an impossible position and I had no choice.”

But Labour sources told the paper that this was not an admission that Mr Starmer had taken action himself.

“Keir could not have ordered the suspension. He had been briefed multiple times by the EHRC about the implications of this report – he took it extremely seriously,” a senior aide said.

Mr McCluskey, who stepped down as Unite general secretary last month, said Mr Starmer had agreed that Mr Corbyn could have his suspension lifted if he issued a clarification.

“He indicated that a clarification statement by Corbyn could be a way of resolving the issue. ‘Are you saying that if we could reach an agreed form of words that both Jeremy and you, Keir, are happy with, then the suspension could be lifted?’ I asked.

Mr Corbyn published another statement several weeks later where he said concerns about antisemitism "are neither ‘exaggerated’ nor ‘overstated’" and he had simply meant that most party members were opposed to anti-Semitism.

Mr McCluskey said Mr Corbyn was then told he had to make an apology, which he claimed was not included as part of the original deal.

He said he had hoped for good relations with Mr Starmer but a rift grew over the decision to suspend Mr Corbyn.

"The final breakdown came not over the suspension itself – although I thought that a hot-headed act – but when Starmer chose to break an honest deal agreed between us for Corbyn’s readmission to the party," he said.

Mr McCluskey claimed Mr Starmer “risks becoming fixed in the public’s mind as someone who can’t be trusted”.

But sources close to the Labour leader said the issue remained that Mr Corbyn had not retracted his original statement, which remains online,

“Jeremy knows what he needs to do – and it is still unclear why he does not delete the original statement,” one senior figure said.

“If that does not happen, it is hard to make the argument that you regret it. He could just press delete. The ball is in his court.”

A party source added: “Len cannot acknowledge that even he could not get Jeremy to apologise or retract his original statement."

The story was redacted from review copies of Mr McCluskey's new autobiography 'Always Red' due to its sensitive nature.