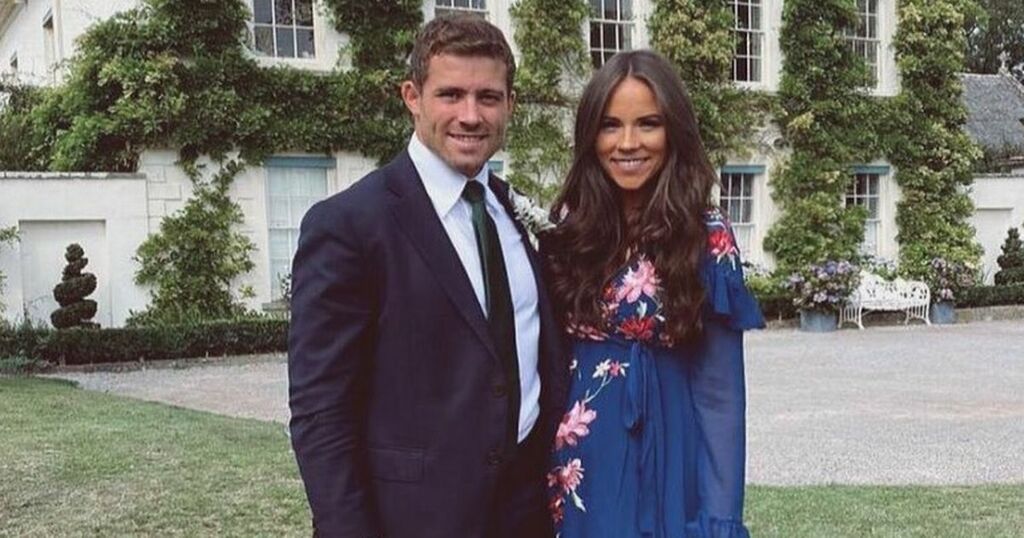 Leigh Halfpenny and his girlfriend Jess have revealed they have become parents for a second time, to baby girl Nora.

Confirming the happy news on Saturday, the Wales and Scarlets star shared a cute snap of the new family of four leaving hospital with the couple's newborn, who was born prematurely.

Nora Joyce Halfpenny was born six weeks early on Friday, September 24, at Swansea's Singleton Hospital to mum Jess Tumelty. The couple already have a daughter together, Lily, who will be three next year.

Read more: Wales' best option to replace Liam Williams is the Lion already guaranteed to be in the team

Halfpenny shared a snap of the four of them on social media along with the news, with Jess seen leaning in to kiss daughter Lily as their firstborn is carried by Halfpenny in one arm with Nora tucked up in a carrier in the other.

"Our beautiful baby girl was born 24/09/21. Couldn’t be prouder of you @jesstum. Hugely grateful to all the staff at Singleton Hospital for the incredible job they did looking after them both. We can’t wait to start life as a family of 4".

Jess had revealed the couple were expecting their second child on Father's Day this year, saying: "We can't wait to add to our team!"

Halfpenny, 32, is recovering from a knee ligament injury sustained in Wales' summer win over Canada, which marked the full-back's 100th Test outing.