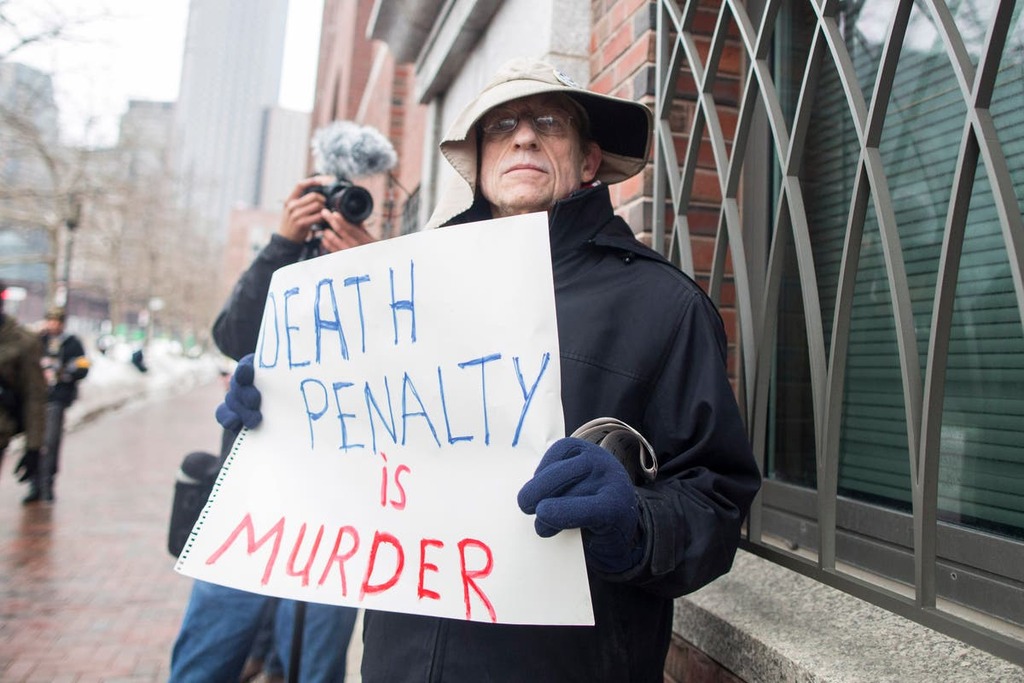 The US may be one of the few wealthy nations that still regularly executes its citizens, but there is plenty the public doesn’t understand about America’s deep attachment to capital punishment.

So we called the experts to help clear things up.

Q: Hey Herman, thanks for doing this. What was the hardest part about being on death row? Did you ever lose hope?

A: The hardest part is being placed on death row for a crime I didn’t commit and realizing our justice system can allow this to happen. I lost hope because I didn’t expect the same justice system that put me there to free me.

Q: What kind of support is there for the death penalty in the US, and has it changed over the years?

Herman: Along with other death row exonerees at Witness to Innocence, I’ve been doing workshops with prosecutors around the country and have also testified in legislatures and spoken to lots of college students. All of this is impacting public opinion, which is at an all-time low for the death penalty now. It is great how Responsible Business Initiative for Justice is getting the business community involved in this fight.

Ben:  I think what we are witnessing is the normalization of the anti-death penalty stance. The brokenness of the justice system is the most glaring social issue facing an American generation, and the death penalty embodies all of its flaws—racism, cruelty, ineffectiveness, waste. We are seeing rapidly growing appreciation of that across different stakeholder groups.

Arguably the strongest indicator of this shift is the growing support for abolition by conservatives. Virginia becoming the first Southern state to abolish (as well as the most bloody in terms of executions)—as well as promising efforts in states like Utah—all point to a truly bipartisan push to end capital punishment.

Josh: Overall, support for the death penalty peaked in the late 1990s.

It has gradually been declining since, though a majority of Americans still favour it, according to this Pew poll.

Interestingly, once you dig deeper into those numbers, some interesting stats jump out.For instance, large majorities think the death penalty does not deter serious crime, and risks putting innocent people to death.

Other polls suggest a majority of people support alternatives to the death penalty for crimes like murder.

Lauren: Thanks for this question. I’ll just add that sometimes the changes in society’s view of the death penalty are reflected in the courts. The Supreme Court of the United States (SCOTUS) and lower courts look at the “evolving standards of decency” when determining whether the death penalty constitutes cruel and unusual punishment in violation of the 8th Amendment. We’ve seen SCOTUS prohibit the death penalty against juveniles and those with intellectual disabilities based in part on these “evolving standards of decency.”

Q: Can the president unilaterally abolish the death penalty? What are some of the political obstacles facing lawmakers to getting legislation done, or is it a matter of political willpower to do it?

Lena: The President cannot unilaterally abolish the death penalty. It is a matter of political will. Unfortunately despite the amazing work done over the years by campaign organisations, law makers tend to revert back to their tough on crime stance. That is why we need business voices and investors working with campaign organisations to support abolition efforts and provide the cover law makers need.

Herman: Thanks Lena, I just want to add that politicians want votes. If the voters are pushing to abolish the death penalty, more politicians get aboard because they want the votes when going for re-election.

Josh: Another thing to consider is that there are two death penalties, in a way: the separate state and federal execution systems.

As our Washington correspondent Eric Garcia reported, on the campaign trail Joe Biden called for legislation to end the death penalty, but so far hasn’t done much to accomplish that.

His agenda on criminal justice as a whole has taken a back seat to Covid and the infrastructure bill. He could commute the sentences of all those on federal row using executive action, which would be a major step, but wouldn’t end the practice altogether. The state level is really where we’re likely to see the most abolition, and Utah is one of the major places to watch right now.

Q: Doesn’t the death penalty deter murders and other capital crimes? What are the stats on that?

This is borne out by the latest behavioural science, which tells us that crime isn’t deterred by the severity of the punishment, but rather the likelihood of getting caught.

Herman: Yes, I agree. Most people committing criminal activities are not thinking about the death penalty. The thought of the death penalty do not scare them. The question at hand during the process is rather would they get caught, and if the chances are high they may turn away from committing that crime. I don’t believe any one is saying, “I will get the death penalty so I shouldn’t do this.”

Josh: As Sir Richard Branson, one of our campaign partners noted during an interview with The Independent in New York, most of Europe has also outlawed the death penalty and hasn’t seen a spike in violent crimes.

Q: Can individual states be stopped from going ahead with an execution?

Lauren :Yes, the defendant can seek a stay by the courts, which can go up to the US Supreme Court. A governor can also stop an execution, often by commuting the sentence to something lesser (like life in prison). There have been instances where a governor has cleared death row, like in Illinois in 2003. There can also be a moratorium issued, which means no executions will move forward while the moratorium is in place. This can be done by the governor in a state, or federally by the US Attorney General.

Q: What surprised you? Any fact or figure that Americans might be surprised to learn?

Josh: I think what struck me most was the kind of time delay inherent in death penalty cases. It can be decades between when someone is convicted of the underlying crime and when the actual execution is scheduled, owing to the appeals process, and other delays like new politicians taking office with differing views.

As a result, death penalty cases in the present day often reflect problems—outdated policing practices, biases from another era—that were present many years ago.

Many of those on death row were convicted long before things like the Black Lives Matter movement, for example, which reframed how numerous Americans saw the criminal justice system.

Ben: The discrimination is staggering too. The racial bias is horrific—a direct descendant of lynching—Black people are four times more likely to be given a death sentence than white people for an equivalent crime.

Josh: Agreed. And what’s more, I was stunned to learn that after a 1987 Supreme Court ruling called McClesky v. Kemp, courts have largely been barred from considering statistically proven racial bias in a given state’s death penalty system as a reason for overturning sentences. In other words, racial bias has to be proven at the individual level—a juror making racist remarks, for example—for a death sentence to be called into question. Of course, most people rarely make such explicit gestures, and the bias in the justice system is often at the unconscious, systemic level.

Q: What sort of work do you do? What are the best ways to support your efforts?

Lena: Our organisaton works with businesses to use their platforms and voices to champion change around criminal justice reform. We do this in a number of ways: through our campaign efforts and through events and media - to shift the narrative and show that businesses care about this issue. We launched a campaign in March called Business Leaders Against the Death Penalty - you can find more information at our website. 150 business leaders have added their name including Sir Richard Branson, Arianna Huffington and Paul Polman, If you are a business owner, please sign up and support our effort. We will use the campaign alongside efforts calling for abolition.

Ben: The latest polling tells us that 6 in 10 Americans feel its unacceptable for business leaders to stay silent on social issues

Business leaders have powerful voices and platforms and are listened to by policy makers and decision makers. Working alongside campaign organisations, their influence can make a huge difference. Through our campaign, we are seeing decision makers take note of the businesses giving us their support.

When employers and investors speak out, lawmakers listen. By using their voice and resources to support an end to the death penalty, they can help drive abolition campaigns and build on the incredible work of tireless campaigners and advocates (like Witness to Innocence!) over the line.

Herman: My work is with Witness to Innocence, an organization of, by and for death row exonerees. We use our personal testimony of being innocent on death row to change public opinion on the death penalty, motivate legislators to support abolition, and help prosecutors find ways to prevent wrongful conviction.

The best way to support WTI is to help us abolish the death penalty. We have info on our website about

Join exonerees in this fight!

Laurent: I represent innocent people who have been wrongly convicted. I focus my work in Illinois, where we are fortunate to have abolished the death penalty, but I have cases in other states where the death penalty is still active. I also have clients who spent time on death row in Illinois and are still serving life sentences (or at least what amounts to life).

But even beyond innocence, I have seen through my career that no one is their worst act. Things are not as black and white as people would like to believe they are. I could go on and on, but the best way to support the innocence movement and the fight to end the death penalty is to educate yourself, like you are doing here! Knowledge is power and effects change - in politics, in the courts, on juries, in your community.