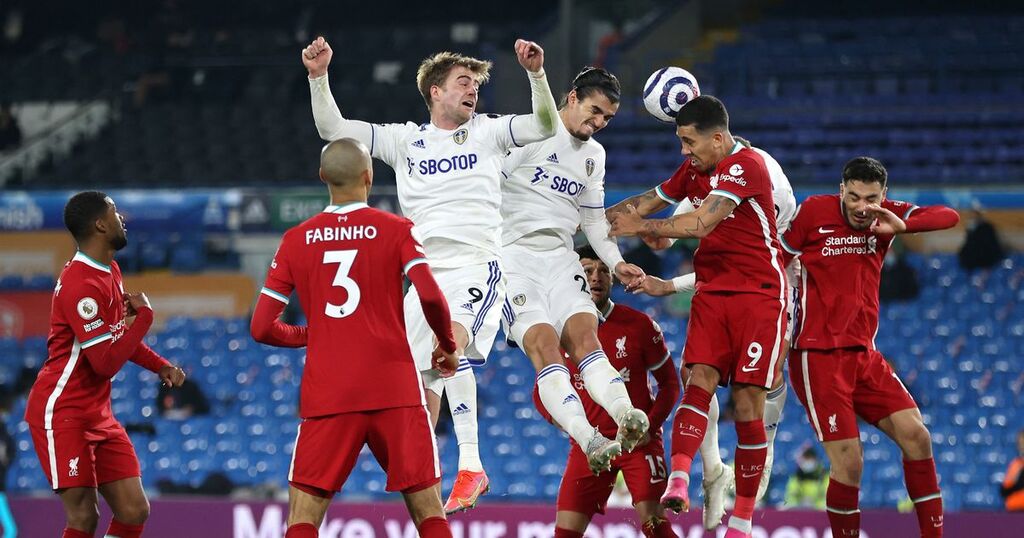 Leeds United return to Premier League action this weekend following the international break as they prepare for the visit of Liverpool.

The Whites are still searching for their first win of the campaign and will have their work cut out at Elland Road on Sunday.

Although, they will be able to take encouragement from their two meetings with Jurgen Klopp’s side from last season.

In their first game back in the top flight, Leeds were beaten 4-3 at Anfield in one of the most entertaining games in recent memory. It was then a much tighter affair when they met in Yorkshire and the hosts were very unlucky to only come away with a point in the 1-1 draw.

For different reasons, both matches provided plenty of positives and were perfect examples of how far the club has come under Marcelo Bielsa but they will be desperate to go one better in front of the supporters this season.

One of the particularly pleasing aspects of last season for Leeds was their home record against the so-called ‘Big Six’ as none of them managed a win on their travels to Elland Road.

However, the focus must now switch to turning those draws into wins as five of the six games ended without a winner. However, in their final meeting with one of those teams, the Whites showed just how ruthless they can be as they beat Tottenham 3-1 back in May.

Regarding the 1-1 draw with Liverpool, it must be added that the Reds were without Mohamed Salah and Virgil van Dijk in their starting XI while Fabinho played at centre-back.

Those three will be expecting to start in their favoured positions on Sunday which will make the task much more of a complex one for Bielsa’s players.

In the 4-3 defeat at Anfield on the opening day, Van Dijk and Salah – who got a hat-trick – were the players on the scoresheet for Liverpool, proving just how much of a threat they are.

As arguably the two most influential stars of that team, it goes without saying that Leeds will need to keep them quiet if they are to enjoy any success.

But, just as Van Dijk is a key part of Liverpool’s strongest team, the same rings true of Diego Llorente for Sunday’s hosts.

The Spaniard got the 87th-minute equaliser in the draw at Elland Road last term and his influence as part of the backline cannot be underestimated.

For large parts of last season, without Llorente in the team, the club’s Achilles heel was their defensively stability and that was once again the case when they visited Old Trafford at the beginning of the current campaign.

Over the course of last term, without the 28-year-old in the side, Leeds conceded an average of 1.75 goals per game. This average dropped significantly to 0.86 per game when he was in the side.

Following the 65 minutes he completed at Burnley in the last match, Llorente should be in line for his third consecutive start in all competitions on Sunday.

That will come as welcome news for Leeds supporters who, despite wanting to see a dominant display, will be wary of Liverpool’s counter-attacking threat.

In both meetings between the clubs last season, the Whites enjoyed more possession and completed more passes with Klopp happy to see his players play a more patient game.

This is the exact plan that led to Sadio Mane’s opener in the match at Elland Road as Trent Alexander-Arnold found space in the attacking third to tee up the Senegalese forward for a tap-in.

Following that goal, it was the hosts who enjoyed the majority of the chances and despite the Reds still posing a threat when they went forward, they were ultimately lucky to leave West Yorkshire with a point.

Ensuring that the visitors are not able to play Leeds at their own game from the first whistle will be top of Bielsa’s agenda heading into the match on Sunday.