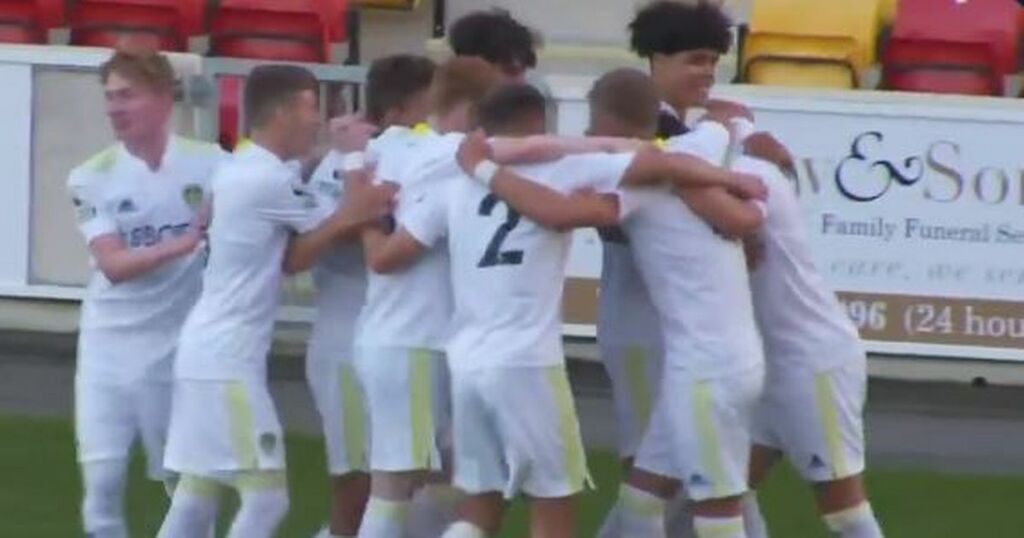 Leeds United Under-23s fell to a narrow 2-1 defeat to Wigan Athletic in the Premier League Cup.

Mark Jackson named a youthful side filled with Under-18s, with his usual squad away on international duty.

Despite the age gap, Leeds put in a spirited display and took the lead through Kris Moore, only to find themselves behind within 10 minutes of the opener.

Here's how LeedsLive rated their performance.

Was helpless for either goal as Wigan finished from close range. Pulled off an impressive save from range to palm away a stinging strike.

Despite a clear error in the build-up to Wigan's winner, Sutcliffe was a good outlet down the right-hand side. Where his confidence may have dipped, he persevered and offered plenty going forward.

Looked solid at the heart of Leeds' defence and grabbed the opener with a clever piece of goal-poaching from a set-piece.

Set up the opener for his centre-back team-mate and looked assured in possession. At times, struggled with the physical threat of McHugh.

Like Sutcliffe on the opposite side, he enjoyed going forward more than the other way. Gave Wigan too much space to cross the ball for the equaliser but a good display, nonetheless.

The brightest of Leeds' midfield trio, very much in the Kalvin Phillips mould. Liked to drop between the centre-backs and spray the ball left and right. Composed and confident.

Operating in advance of Spencer, Allen was busy and lively in winning the ball back and moving possession forward.

Gray was Leeds' most attack-minded midfielder and at the age of 15, he looks an exciting prospect. Played virtually as a number 10 but wasn't afraid to drop deep to link play. Nice turn of pace when he occupied space in wide areas to beat his opponent.

Produced one lovely driving run in the first half to create a good scoring opportunity for McGurk. Slightly starved of service in the second half but looked smart when in possession.

By far Leeds' most dangerous attacker, playing against his former club. Liked to hug the touchline but then come inside on his right foot, capable of going with either foot. Whipped in a lovely corner which led to the opener.

Worked really hard for his opportunities, which were limited. Created one chance for himself in the first half and drew a strong save from the goalkeeper. His pressing was noticeable and with a little more luck, he might have had a goal. Ran himself into the ground.

Almost the perfect introduction for the substitute as he drove a left-foot strike just wide of the far post.