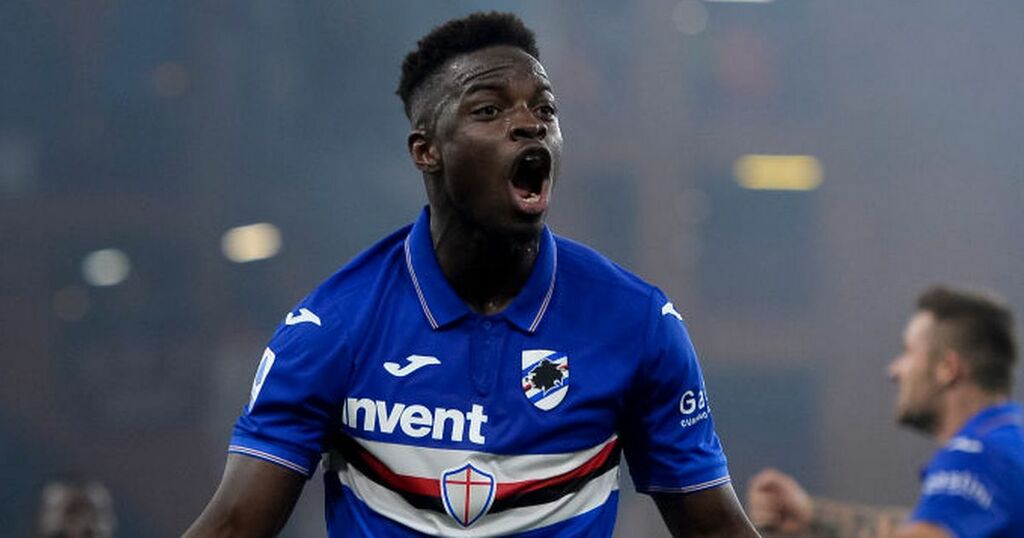 Leeds United are not trying to bring midfielder Ronaldo Vieira back to the club, according to the Mirror's David Anderson.

Italian outlet Club Dorsia 46 have claimed there is interest from the Whites in the man they sold to Sampdoria back in 2018.

However, Anderson has claimed it is his understanding that the 23-year-old is not being pursued by his former employers.

The injury to key figure Kalvin Phillips has left many supporters clamouring for reinforcements in central midfield and Vieira did impress during his time at Elland Road.

However, injuries have derailed his career since and he has not made a single Serie A appearance this season.

The Whites have been plagued by injuries this season and they have been particularly depleted in the final third.

They were forced to rely on young prospect Sam Greenwood for the Emirates FA Cup trip to West Ham United, who announced after the game that he had picked up an injury himself.

Agbonlahor told Football Insider : "It doesn’t really matter if it’s on loan or permanent, it’s about getting the right players in.

"You want to get players who are going to change their fortunes and change the team, not just players you bring in for the sake of it. I’m sure he’ll be looking to get the right players in. 100 per cent, they need a striker."

“I’m worried about Bamford being out for so long, Roberts is not Premier League quality and Rodrigo is hit and miss. They definitely need another striker, for sure."

Arsenal manager Mikel Arteta has insisted forward Eddie Nketiah will be staying at the club, despite reports linking him with the likes of Leeds United.

It was claimed back in June by Football Insider that Leeds had been offered the chance to sign Nketiah, who spent time on loan at Elland Road during the 2019/20 campaign.

He has also been linked with the likes of Brighton & Hove Albion and Crystal Palace by The Sun but Arteta adopted a firm stance when asked about his future at his pre-match press conference ahead of Arsenal's Carabao Cup meeting with Liverpool.

As reported by our sister site Sussex Live, Arteta said: "The situation is that Eddie [Nketiah] is our player and he’s going to stay here with us."