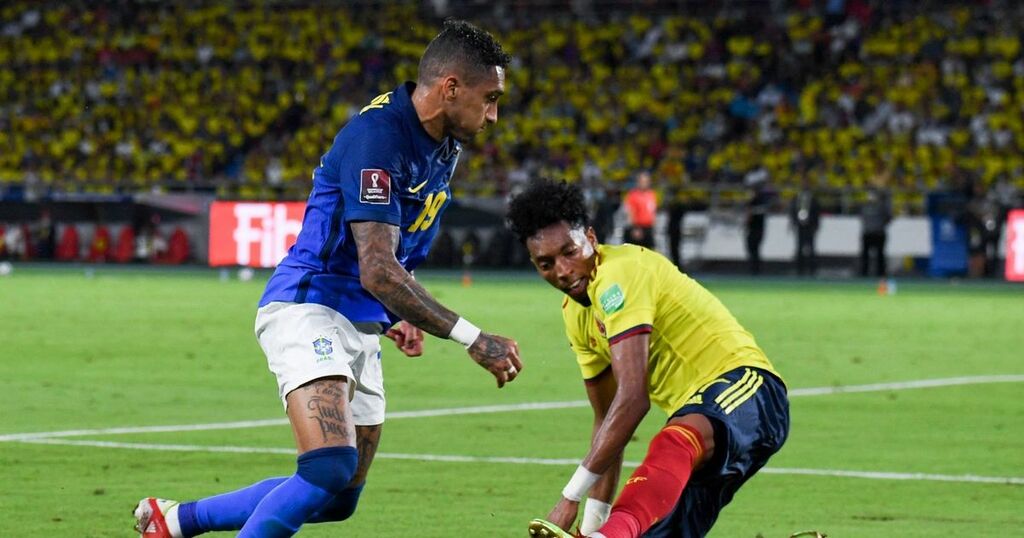 Leeds United winger Raphinha starred from the bench again as he won his second international cap for Brazil on Sunday night.

Raphinha was brought on alongside Gabi with around half an hour to play as Tite’s side were held to a 0-0 draw with Colombia, the first points they have dropped in their quest for World Cup qualification.

The 24-year-old injected a touch of flair into an otherwise abject performance, as he was denied a first goal for his country by an excellent David Ospina stop, before creating a decent opportunity for Neymar following a skilful run down the right.

Brazil are next in action on Thursday evening as they host Uruguay, just 36 hours before Leeds’ trip to Southampton.

Patrick Bamford has been backed to hit the ground running when he returns to match action for Leeds United by former Premier League striker Kevin Phillips.

Bamford has missed Leeds’ last three matches in all competitions with an ankle injury he sustained in the 1-1 draw with Newcastle United last month.

The 28-year-old is hopeful of being fit for the Whites’ clash with Southampton on Thursday and speaking to Football Insider, Phillips believes the work Bamford has been putting in, in the gym, will ensure he comes back stronger.

He said: ““You have to take the positives out of the negative. There is nothing worse than being injured as a footballer. All you want to do is train and play.

“Bamford has played an awful lot of football over the past few years. You could see it affected him at the end of last season because his form dipped. He played nearly every minute of every game.

“He doesn’t want to be injured but he perhaps needs that time. It allows him to recover, rest and then get in the gym to work on some strength and conditioning exercises which will improve him.

“I’m glad he’s enjoying being in the gym. It will be interesting to see how he performs when he comes back.

“He’s probably worked on his upper body strength and bulked up a bit. Or, he may have worked on his legs to make himself a bit quicker. I’m intrigued to see what areas he’s been working on in the gym.”

Dallas has been capped 56 times at international level by Northern Ireland and his career at both club and country has gone from strength to strength in recent seasons.

Speaking on Sky Sports, via HITC, Dallas’ former international teammate Brunt claimed that the Leeds midfielder is vital for the Green and White Army due to his versatility.

He said: “Stuey has been a top, top player since he broke through at Brentford,” said Brunt. “He has moved on to Leeds and he has proved himself and that he can play on the highest level in the Premier League.

“He has been one of our top performers for the last four or five years internationally, wherever he is asked to play as well.

“It’s great for a manager to have somebody like that. He can drop into two or three different positions when they are struggling.”