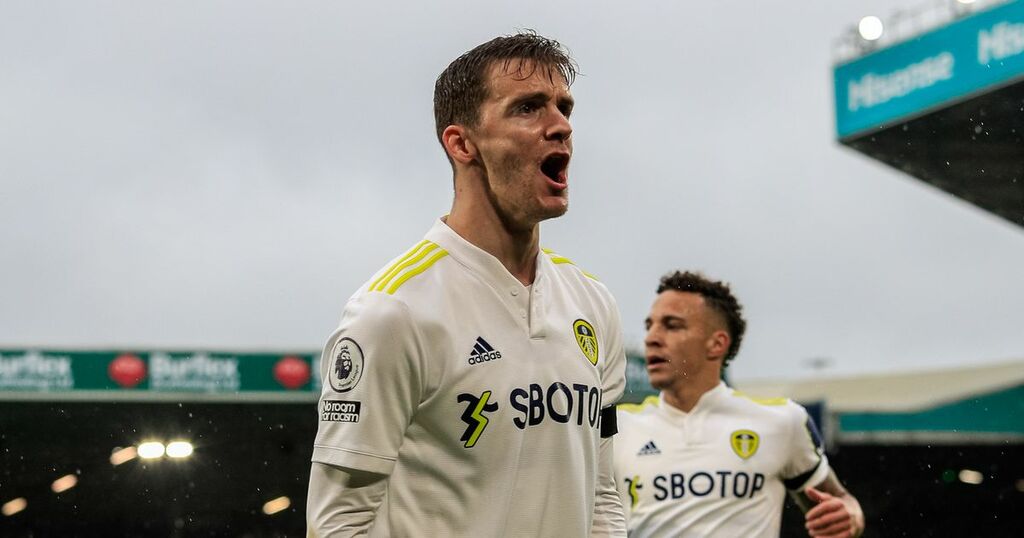 Leeds United are not in action this weekend due to the international break and supporters will have to wait until next Saturday for the return of the Premier League.

However, there is rarely a dull day at the club as even when league football is on pause, people love to talk about Marcelo Bielsa's men.

Arsenal legend Paul Merson has delivered a controversial view on Bielsa, whilst director of football Victor Orta has been openly discussing transfer decisions at the StatsBomb conference.

Elsewhere, Diego Llorente has opened up on the relationship he has with supporters following his return from injury last week.

Diego Llorente has offered an insight into his relationship with Leeds supporters and hailed the 'great passion' of English fanbases.

The Spaniard made a goalscoring return to action last weekend, notching the winner in the 1-0 win over Watford.

Speaking to Marca, he said: "From the first day I have had a good reception from the fans.

"It must be a common factor in England, but here everything is lived with great passion and I like how there’s encouragement in good times and in bad times."

Leeds United's director of football Victor Orta has opened up on the decision to sell Pontus Jansson and replace him with Ben White in the summer of 2019.

Jansson, a fan favourite at Elland Road, was allowed to join Brentford and White was drafted in on loan to plug the gap.

Speaking at the StatsBomb conference, Orta said: "Here in England, people gave me a lot of credit like ‘wow, what a masterstroke, what a good decision’ because we sold Pontus Jansson and our decision [was] to bring in, on loan, Ben White.

"He had never played one game in the Championship, from Brighton, after two loans, one in League Two with Newport County, where we started to monitor him, one in League One with Peterborough.

“We need to know, at the end, this is a game and they are talking about predictions. For me, when you take a decision you need to analyse the past, don’t try to predict the future.”

Paul Merson has admitted he does not understand why some laud Leeds United manager Marcelo Bielsa as a genius.

The Argentine is one of the most respected coaches in world football but Merson has questioned whether the 66-year-old is able to implement a back-up plan.

In his Daily Star column, Merson wrote: "I’ve never quite understood this ‘genius’ tag which some people attach to Marcelo Bielsa."

"Don’t get me wrong, I do think he’s good and I totally respect the opinion of a top coach like Pep Guardiola who can’t praise the Leeds boss highly enough.

"But I just don’t get it. Just my opinion but a valid one nonetheless. I don’t buy into it.

"Leeds have hit a brick wall and he needs to change things around. The trouble is, I don’t think he’s got a change in him.