Leeds United boss Jesse Marsch knows he will be without suspended pair Luke Ayling and Dan James for the crucial home clash with Brighton, but he is not ruling out a possible return to the fold for key striker Patrick Bamford. The England international, who netted 17 times in the Premier League last season, has not played since mid-March when he aggravated the foot injury that has restricted him to just nine outings and two goals for the Whites this term.

But, with the club's top-tier fate in the balance as the Elland Road outfit sit third-bottom with two games of the campaign left to play, a patched-up Bamford might be needed on the pitch against the Seagulls. If that is to happen, then it would be more likely from the bench but Marsch clearly has the 28-year-old forward in his thoughts.

Jack Harrison and Raphina, meanwhile, will recover in time from the respective severe bruising and cramp issues that caused them to be substituted against Chelsea. Here is a look at Leeds’ injury and suspension list after Marsch gave a treatment room update in today's press conference:

Dan James' dangerous challenge on Mateo Kovacic saw Anthony Taylor given no choice but to send off the Leeds United winger in the first half of the 3-0 defeat to Chelsea. James will now miss the remainder of the season meaning he won't face either Brighton or Brentford.

What Marsch said (May 11): "At first I thought it wasn’t a red. I haven’t seen it but I was told it was a red. Dan said he didn’t mean to do it, he was just trying to be aggressive to win the ball and caught him in a little bit of a bad way. Dan feels terrible."

Luke Ayling's sending off against Arsenal at the weekend means he missed the Chelsea clash and will also miss the games against Brighton and Brentford.

What Marsch said (May 8): “Yeah, it's a little bit ironic considering it's 500 matches from Luke and he's such an experienced player. Just a moment of poor judgment from him, but he's been an incredible part of what we've accomplished here so far since I've been here. I'm disappointed for him and the team, but whatever, that's the situation, we have to accept it and we just have to move forward.”

Brazilian winger Raphinha was substituted in the loss to Chelsea after cramping up in the second-half, but will be back for the weekend.

Jack Harrison hobbled off the pitch during the first half of Wednesday's 3-0 defeat to Chelsea, making way for Junior Firpo in the 37th minute, but the winger is expected to have recovered in time to face Brighton.

What Marsch said (May 13): "Jack Harrison with the contusion looks positive. He should be in training tomorrow and ready to go for Sunday."

Leeds have been sorely lacking an edge up front with striker Patrick Bamford injured for the majority of the season. He might just be back on the bench this weekend and pressed into action if needed with the hope that he can then play a bigger part if it's all to play for at Brentford.

What Marsch said (May 13): “Patrick Bamford, it’s a little bit too early to tell where he’s at and we’ll evaluate over the next days and see what that looks like for the upcoming matches. I don’t want to say much about Patrick right now. I just want to give him the opportunity to continue to progress and then make a decision on his involvement for each match. I think everybody is working together, the medical team, Patrick, the coaching staff just trying to evaluate where he’s at and what the potential is for him to be able to help us.”

A horror show clash with Manchester City's Jack Grealish saw Stuart Dallas season ended. Leeds could really do with Dallas' versatility right now but will have to make do with what they have as they fight for survival.

What Marsch said (May 6): "He had a successful surgery, it was a long surgery – five and a half hours. But they believe that the outcome was very positive and they say it’ll be a long recovery, but believe it will be a full recovery.

“He has had something like 400-500 messages from fans, family and friends. We know that he’s loved and I think that this moment proved that more than anything… I think we can safely say it’ll be six months but it could be longer and I don’t want to rush anything.”

Crysencio Summerville's season is over. An ankle injury picked up ahead of Leeds' 0-0 draw against Crystal Palace means he won't play for the rest of the campaign.

What Marsch said (April 28): “Picked up an injury in the last training session before the Palace match. He twisted his ankle and will be done for the season.”

Adam Forshaw is also out for the remainder of the season after picking up a knee injury in April.

What Marsch said (April 22): “We had an unfortunate injury with Adam. He took a knock and fractured his knee cap. It’s a six-week injury, so that puts him out for the season. By summer, he’ll be back and ready to go.”

Marsch revealed in April that Tyler Roberts is progressing well in his hamstring recovery. He is however still set to miss the rest of the season after undergoing surgery after Leeds' 1-0 defeat to Leicester in March. 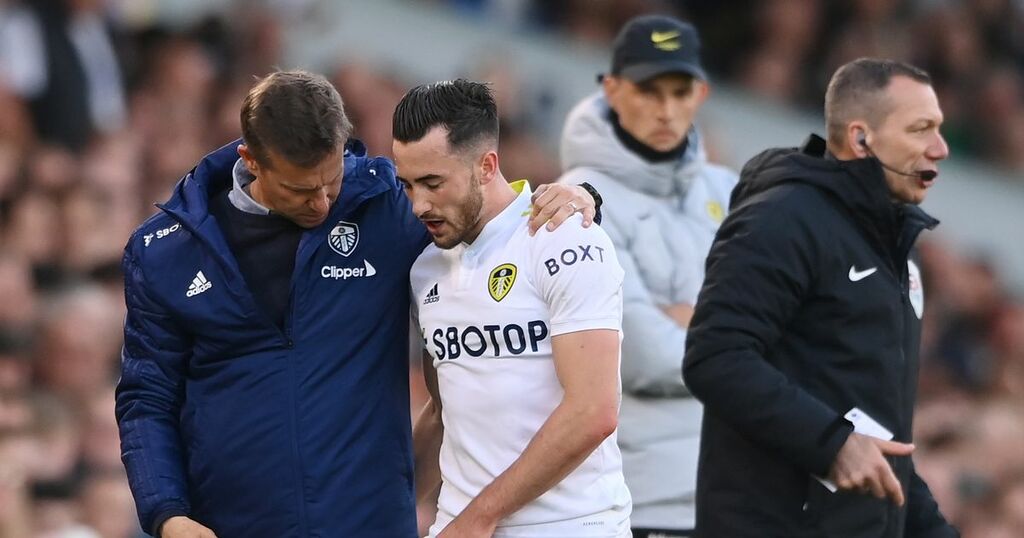