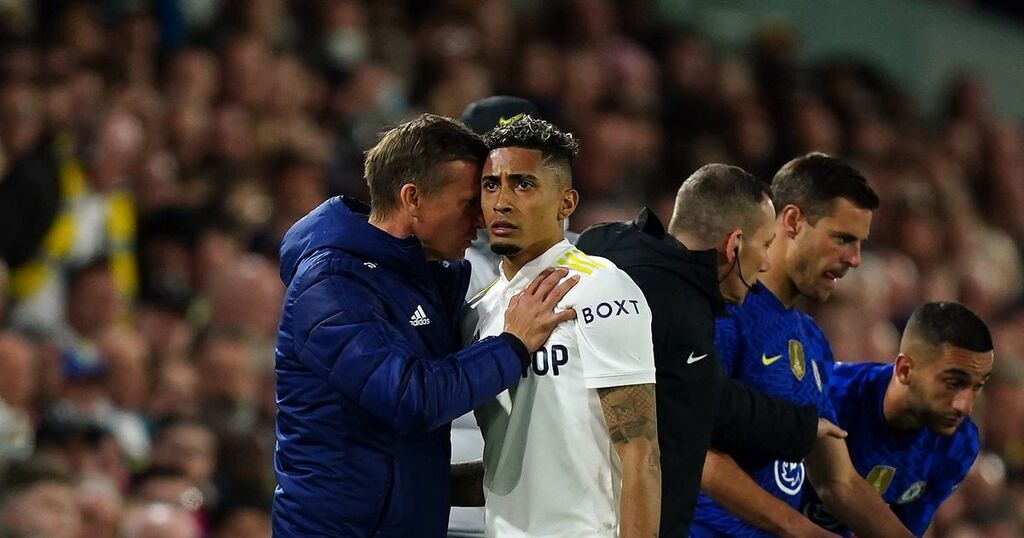 West Ham travel to Brighton on Sunday still with something to chase.

Leeds United head coach Jesse Marsch has confirmed Jack Harrison and Raphinha will both be available for Sunday’s home match with Brighton. Harrison limped out of the 3-0 defeat to Chelsea eight minutes before the half time interval with a problem he seemed to have picked up early in the game.

However, thankfully for the Whites his injury is not as serious as first feared, meaning he is in contention to start against the Seagulls. Fellow winger Raphinha, who received treatment shortly before coming off clutching the back of his hamstring, is also fine.

That will come as a huge boost for Leeds as at the end of the game Sunday, as they were looking at having the entire quartet of wingers absent with Daniel James suspended and Crysencio Summerville out for the season.

Marsch, though, has not yet decided whether striker Patrick Bamford will be fit enough to feature. Bamford has been recovering well from his foot injury suffered at Wolves in March, but Marsch has claimed it is too early to tell whether he will be available.

Speaking in his pre-match press conference, he said: “Jack Harrison with the contusion looks positive. He should be training tomorrow and ready to go for Sunday. Rapha is fine and he'll be ready to go. And then Patrick Bamford, it's a little bit too early to tell where he's at. We'll evaluate that over the next days and see what that looks like for the upcoming matches.”

Marsch then added: "I don't want to say too much about Patrick right now. Let's just see. I just want to give him the opportunity to continue to progress and then make a decision on his involvement for each match.

"I think everybody's working together, it's our medical team, it's Patrick, it's us as the coaching staff, just trying to evaluate where he's at and what's the potential for him to be able to help us."

His potential return would be a massive boost ahead of the final two matches as Leeds could be all but relegated this weekend due to their far inferior goal difference. Three points, however, could be pivotal as Burnley face two tough away games at Tottenham Hotspur and Aston Villa in the coming days.