Leeds Rhinos player ratings with too many miles off required standard 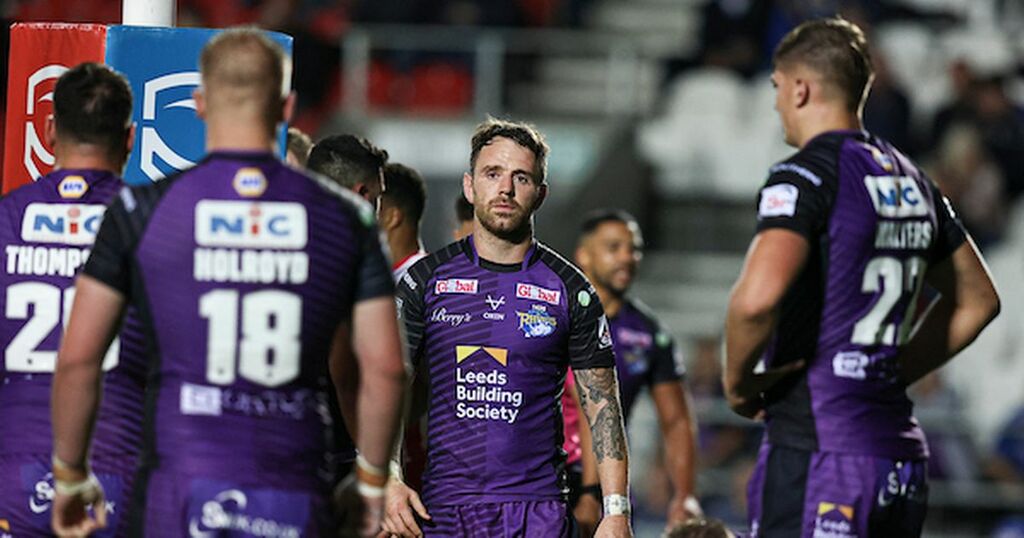 Leeds Rhinos were thrashed 40-6 by St Helens as their chase for a play-off spot remains ongoing going into the final round.

Here are the player ratings.

Jack Broadbent - 4: Rough night, defending a spot further in he was tested more defensively and, like many of his team-mates, found the going tough. Will come back stronger and shouldn't detract from what's been an excellent breakthrough season.

Luke Briscoe - 5: His yardage is his strength but Leeds saw so little of the ball he didn't get to show off his best qualities.

Harry Newman - 6: Gets a higher mark than others for pure effort, chasing down men and looking to fix things up himself. He himself made more than a few defensive errors but better than most.

Tom Briscoe - 5: Like many others, bumped off too easily too often. Should have done better for Knowles' first try and Welsby's in the first half.

Ash Handley - 6 : Not marked as low because he wasn't all that noticeable, meaning his defence can't have been as bad as some of his team-mates.

Richie Myler - 6: Started the game excellently, fielding some really tricky kicks. That said, he kicked out on the full, could have arguably done better for Regan Grace's opener and Morgan Knowles' last try.

Kruise Leeming - 6 : Helped keep the score low in the second-half through some good defensive interventions and short kicks which either forced repeat sets or camped Saints close to their own line.

Tom Holroyd - 5: Part of a collective group that was bullied. Wasn't alone here, but a poor night.

Brad Dwyer - 6: Scored a typically opportunistic try. Was largely anonymous beyond that as a result of Leeds' pack being dominated.

Matt Prior - 5: Lacked his usual defensive energy, probably because he had to do so much, so early. He normally tries to put shots on to get a reaction from his side or to stifle the opponents but wasn't able to land them here.

Sam Walters - 4 : Hate digging out young players but this was a very harsh lesson for the towering talent. Has a lot to improve defensively.

Rhyse Martin - 5: Another who has to take responsibility for some of the points Leeds conceded.

Jarrod O'Connor - 5 : Was more than anything part of too many physical mismatches against the bigger Saints pack. Good learning experience.

Cameron Smith - 4: Trampled over by Walmsley and missed another one-on-one tackle in the second half. Had a great season but not his finest evening here.

Alex Sutcliffe - 5: Didn't have enough time on the field to make a substantial contribution.

Bodene Thompson - 5: Showed some resistance in the second half but made some poor defensive reads down the middle that left team-mates exposed on their own with Walmsley.

Corey Johnson - 7: You know what? He did well. Distributed well and stood up despite being put in compromising defensive positions. The only semblance of positivity from the night.