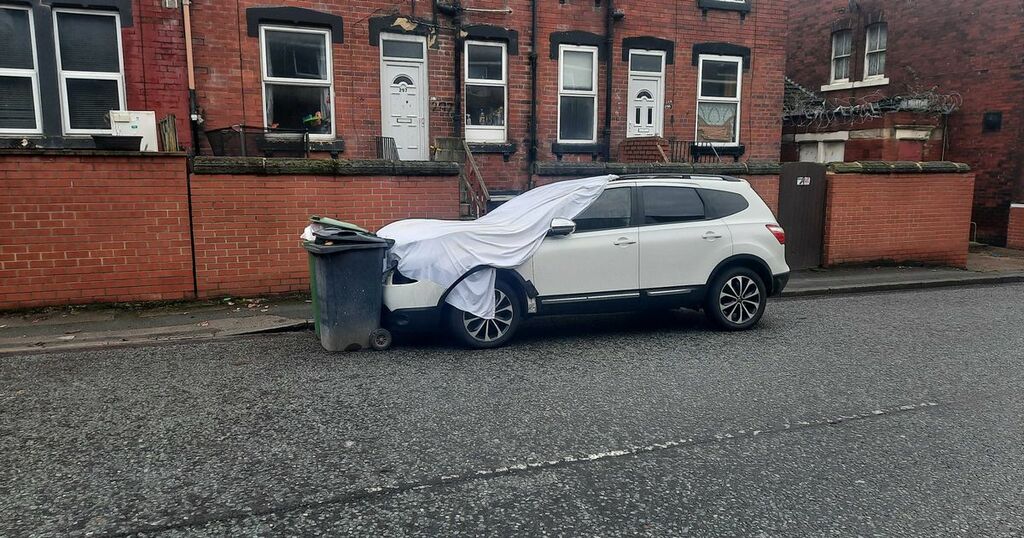 Yobs set fire to a car in Leeds leaving the owner of the vehicle “devastated” and bewildered.

The Wortley car owner, who wished to remain anonymous, said he was told by West Yorkshire Fire and Rescue Service that the engine had been set on fire.

This caused the front of the white four-wheel-drive, including windscreen, to explode – exposing and leaving a large gaping hole in the vehicle.

It happened at about 2am on Monday in Lower Wortley Road.

The man said: “I heard a commotion and saw the fire brigade was here. So I thought to myself, I wonder what that was about.

"So I’ve come out and seen that my car was on fire. I don’t even know what’s happened or who’s done it. I feel devastated – devastated!”

Neighbour Shonn Fulthorpe, who is a mother of four, feared a petrol bomb had been thrown when she heard the explosion.

The Wortley mum said: “What if it had blown up and hit one of us?

“You don’t expect it from this area. As a mother, you think what if they’re going to do it to my house next. It’s worrying.”

A spokesperson for West Yorkshire Police said: “Police are investigating after the fire service reported a car fire in Lower Wortley Road, Leeds at around 2am today (Monday).

“Anyone who saw any suspicious activity in the area around the time stated is asked to contact police in Leeds on 101 or via the West Yorkshire Police website, quoting crime reference 13220013973.”