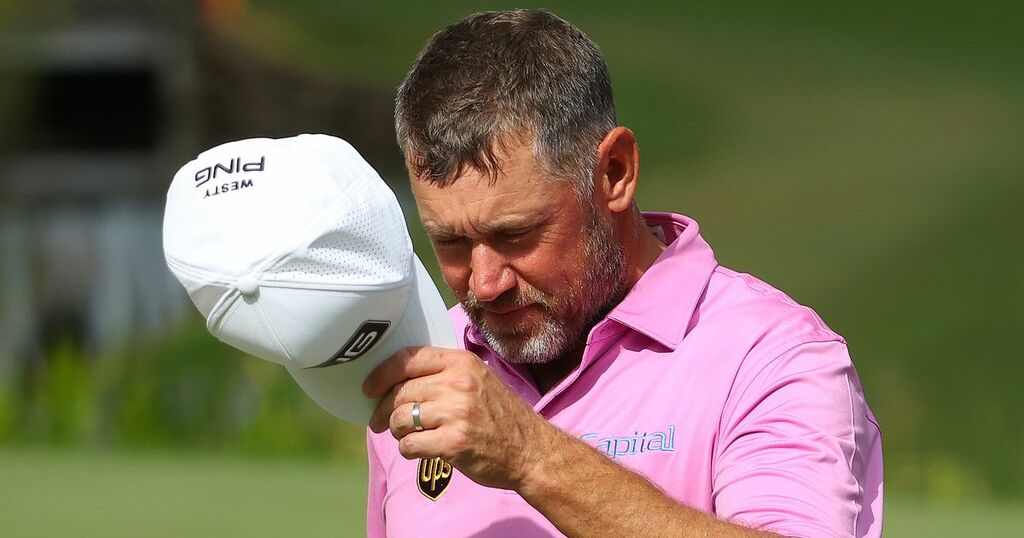 Lee Westwood will play his record-equalling 11th Ryder Cup at Whistling Straits this month – despite admitting he had given up on qualifying at the BMW PGA today.

The Worksop Wonder shot a final round 77 but still made Padraig Harrington's team along with Bernd Wiesberger.

The 2019 Open winner Shane Lowry slipped out of the automatic nine places after needing to finish in the top eight today – and could only shoot a closing 71.

The Irishman must now wait until 7.30pm when Harrington announces his three wildcards. The European captain will decide between Lowry, Sergio Garcia, Ian Poulter and Justin Rose.

Rose made his case for inclusion with a bogey-free 65 yesterday while Poulter missed the cut on Friday.

Westwood will equal Sir Nick Faldo's record of 11 European Ryder Cup appearances – and has the chance to set a new British points record.

But the 48-year-old finished his back nine with two double bogeys – and admitted he felt like walking off the West Course at Wentworth before carding a five-over 77.

“I suppose the toys came out of their cot,” he said. This game beats you up all the time. There’s a few of us got a lot of stuff going through our minds this week and it was just one of those moments where I just went ‘**** I’ve had enough of this ****.’ You can all relate to that can’t you? If there had been a buggy on that 9th tee I would have taken it in."

Who will win the Ryder Cup? Drop your prediction in the comments section.

Westwood, who finished while the leaders were still on the front nine, added: “I’ll be in a car going home and I’ll have no interest in what is going on in this tournament. Golf stopped being the be all and end all in my life a few years ago.”

He will tee up on September 24 despite not recording a top 20 finish since March.

Austrian Wiesberger shot a level-par 72 to guarantee his Ryder Cup debut but Lowry could not force Westwood out of the team and finished just 8.98 points out of the team.

The Irishman said: “Obviously I am disappointed with my day today. It was a bit of a struggle in the middle of the back nine. I am disappearing to not be in the team automatically but I am hoping the lads pick me. I am not normally one to talk myself up but I think I have put forward as strong a case as possible to get picked. We will just have to wait and see and hope for a phone call.”