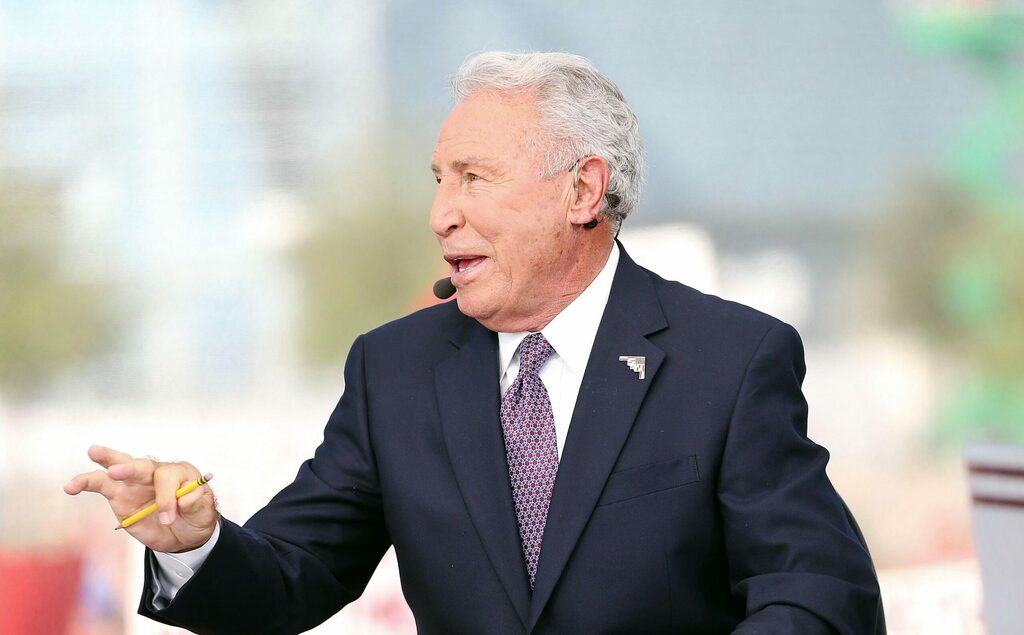 I know it always feels like time is flying, but 2014 feels like such a long time ago. That’s 7 years now.

That’s also the last time Iowa State held the CyHawk trophy — the hardware that gets passed around every time Iowa and Iowa State play each other.

The only problem is there hasn’t been much passing lately. Iowa has held on to the trophy for five straight years now. It’s been a while.

And Lee Corso, being the savage he is, absolutely trolled Iowa State fans on ESPN’s College GameDay Saturday with this information.

He had the CyHawk trophy sitting on the desk in front of him and aimed a hilarious joke at Cyclone fans.

“I wanted to show it to the Iowa State fans cause they haven’t seen it in a while.”

Lee Corso dishing roasts 🔥🔥. And taking the Hawkeyes. A man after my own heart. pic.twitter.com/lK7hXmgJZI

“I wanted to show it to the Iowa State fans cause they haven’t seen it in a while.”

OUCH. That really, really hurts. They’ve come close in recent years — they lost 18-17 in 2019 the last time they played. But, clearly, close ain’t getting it done. And it certainly isn’t stopping Lee Corso from roasting them.

We’ll see how they fare today. As far as who Corso is picking, though, that seems to be pretty clear.

Lee Corso “I’m bringing this trophy out because the cyclones haven’t seen it in awhile.” Mic drop pic.twitter.com/ExZ0Ogu6jG