Leclerc seeking more than one victory at home race

Monte Carlo (Principality of Monaco) (AFP) - Charles Leclerc is seeking more than one victory at home in this weekend’s Monaco Grand Prix.

Not only does he want to end his wretched luck in Sunday’s race and secure a first win on his home circuit with Ferrari, he hopes also that the spectacular and historic annual event is not the last.

As the Monaco race promoters and organisers on Thursday continued negotiations for a contract extension with Formula One’s commercial rights holders Liberty Media, the 24-year-old Monegasque spoke out in defence of a circuit that some critics regard as too antiquated for modern racing.

"There is no track that comes close to the adrenalin (rush) that we experience here and, for me, it is a part of F1’s history," he said.

"I have never known Monaco without Formula One, apart from Covid reasons in 2020, and Formula One without Monaco is not F1.

"Formula One has historic tracks like Silverstone, Monza and Monaco, too, but Monaco should stay on the calendar."

The sport’s new owners, Liberty, have created a new era for F1 with closer racing and a younger audience drawn to the sport by social media.

Critics say the tight and twisty Monte Carlo street circuit is too narrow and slow to allow for overtaking and exciting racing and F1 is looking for changes.

"We need to go to the best tracks, of course, but I believe Monaco is one of them,” said Leclerc.

“In terms of qualifying, there is nowhere I enjoy it as much as I do here.

“The driver can make a difference because the barriers are so close you can feel the danger.You have the sensation of speed.

“I agree that there are things we can change to increase the overtaking because the cars have evolved and it might not be the best track to overtake, but in terms of a challenge for the driver, it is one of the toughest and it must stay on the calendar.”

Leclerc remained calm and optimistic about his own prospects of success despite his misfortunes in recent years that have left him seeking his first finish on his home track.

“You know, I don’t think about it,” he said.“Of course, it's not been the luckiest track for me overall, but that’s life.

“It happens.It's part of motorsport and sometimes things just don't go your way.Hopefully this year they will, but I will just take the same approach that I've done in the first few races of 2022 because it's been successful until now.”

Leclerc was born and grew up in the Mediterranean principality – and he learned to swim in the famous ‘piscine’ around which the track winds in the harbour.

He said he did not know if he or Ferrari should be regarded as favourites, but suggested a surprise may be in store.

“Favourites here?I don't know,” he said.“But I think that there will be surprises in this race.

“As we saw last year, our car was not that competitive over the course of the season, but we arrived in Monaco and we had one of the strongest packages for this track.

“So there might be some teams that we didn't think of that will be very competitive here -- and that will surprise us, but I'm pretty sure we will be in the fight to win.” 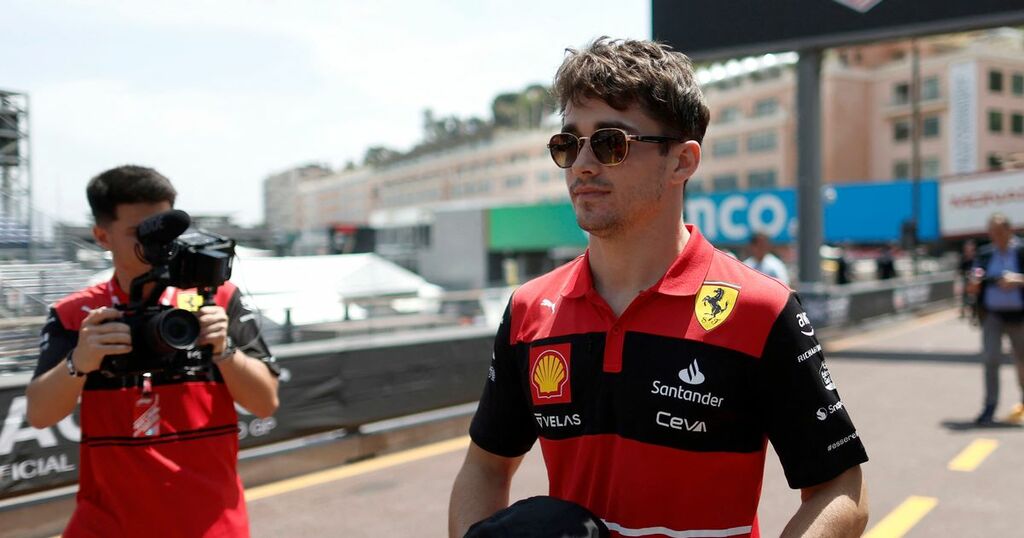 Charles Leclerc hits out at possibility Monaco GP will be axed from F1 calendar
Ferrari star Charles Leclerc, who relinquished the championship lead to Red Bull's Max Verstappen after the Spanish Grand Prix, has…

ABC News
Leclerc: "F1 without Monaco for me is not F1"