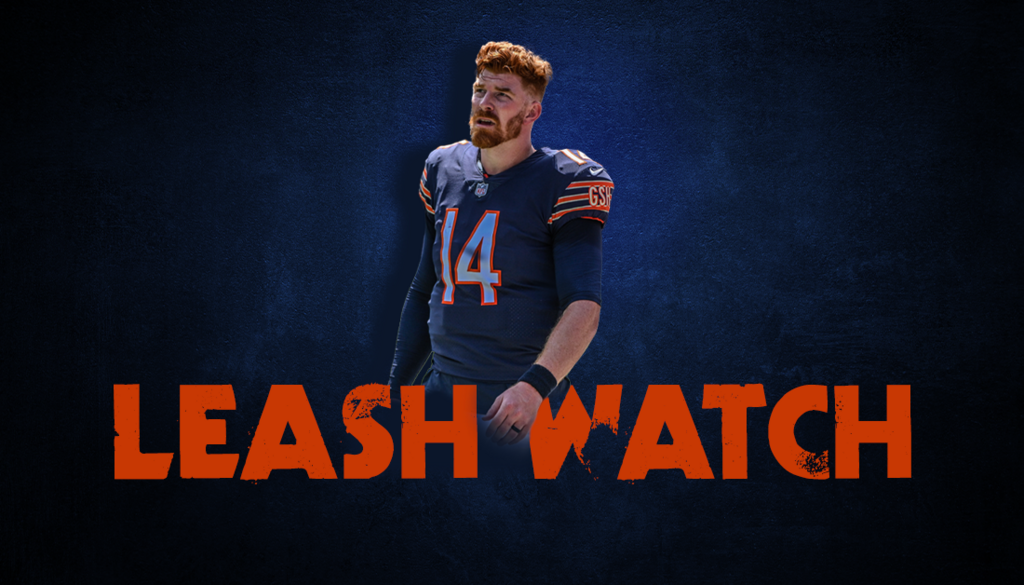 As the Chicago Bears prepare for the start of the 2021 NFL season, one thing has been a certainty since mid-March — Andy Dalton is the team’s starting quarterback heading into their Sunday Night Football showdown against the Los Angeles Rams.

Even though there’s certainly an argument that rookie Justin Fields did enough to prove he’s ready to start right out of the gate, just like three of his rookie draft class counterparts.

But we can also agree on one thing — it’s going to be sooner rather than later when Fields gets his chance to start in place of Dalton. We just don’t know when, exactly, although you could argue it could be as soon as the second half in Week 1.

While we wait for Fields to get his starting chance, we decided to have some fun with our Andy Dalton Leash Watch, where we take a weekly look at how short — or long — Dalton’s leash is heading into a given week, until it’s inevitably pulled.

Whether it lasts for six weeks, three weeks or one half of football remains to be seen. But we’ll be following along the entire way.

On a scale of 1-10, with 1 being the shortest and 10 the longest leash, here’s where Dalton’s leash stands heading into Week 1.