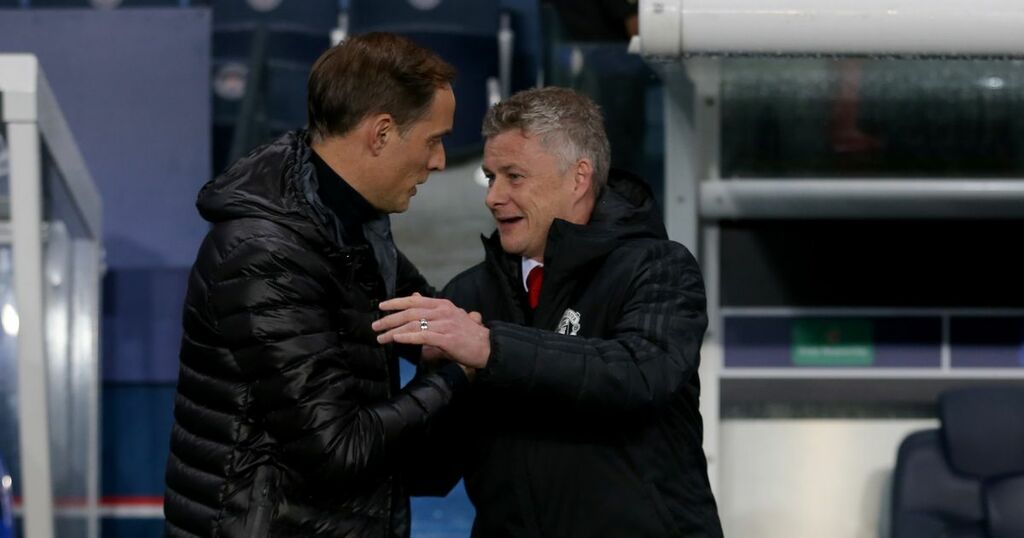 Chelsea fans took to social media to criticise Manchester United after their 2-1 defeat to Young Boys.

The Red Devils netted the opener with footballing icon Cristiano Ronaldo scoring in the 13th minute after Portuguese compatriot Bruno Fernandes had delivered an inch-perfect cross using the outside of his boot.

However, United's full-back Aaron Wan-Bissaka was sent off for a dangerous tackle just 22 minutes later, leaving the Red Devils to play the remainder of the contest with just 10 men.

But the Swiss outfit rallied in the second half, scoring two goals, including a 95th-minute winner to take home all three points in the Champions League curtain-raiser.

A large section of the Blues' faithful pointed out the fact that Thomas Tuchel was able to guide his side to a draw against Liverpool despite having 10 men for the whole of the second half, while United boss Ole Gunnar Solskjaer's struggled after losing Wan-Bissaka.

Here is how a select few reacted to the result on Twitter.

@stiflerr98: "City has Pep, Chelsea has Tuchel, Liverpool has klopp and united with ole at helm are automatically lower then them in the pecking order to win the PL irrespective of the squad."

@ManLikeIcey: "Ole is a funny coach, your team had red card, you brought Martial and Lingard, he should learn tactics from Tuchel."

@CPHamill: "The way Tuchel was able to influence the game when Chelsea went down to ten men against Liverpool VS Ole, in this instance, is a good snap shot of why I think the Blues will finish above United…"