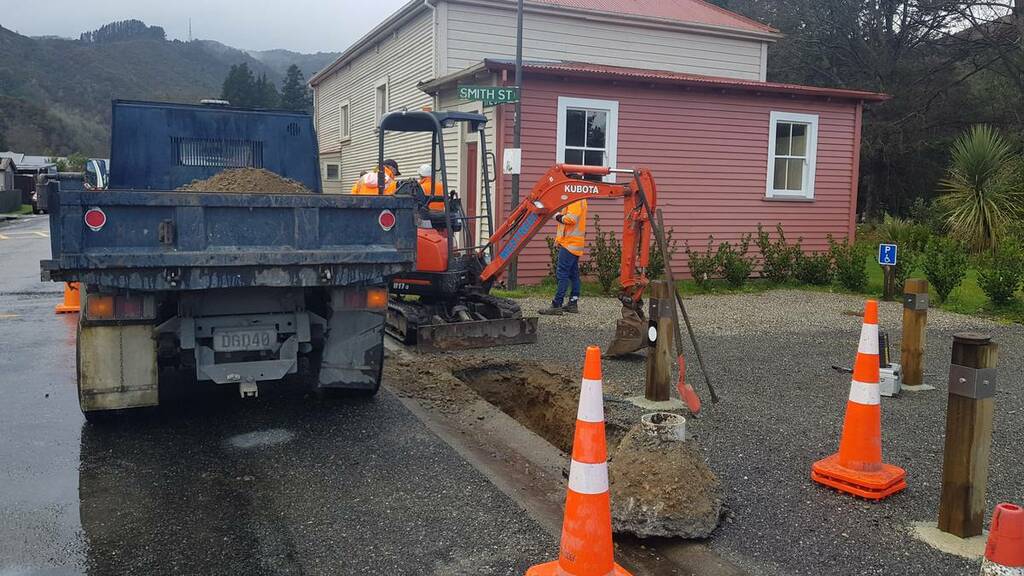 The elusive leak draining Reefton's water supply is still evading discovery – but could be revealed soon, with the arrival of a team of expert leak detectives.

The Buller District Council has called in a Christchurch firm, Detection Services, to pinpoint the source of the water loss after its own efforts drew a blank.

Reefton households have been on an "essential use only" notice since the weekend when the council realised large volumes of water were being lost from the system.

The team of three from Detection Services is now methodically working its way across town, checking the pipes with the aid of a leak noise correlator.

The electronic device uses a radio transmitter and microphone to listen for the hissing leak noise and calculate its exact location by calculating the time it takes to reach a sensor some distance away.

Detection Services spokesman Neil Scrutton said every pipe and hydrant in Reefton would be tested - in the effort to find the offending leak.

The team and Westreef workers were this morning investigating a leak in the pipes near the Reefton band hall – but it was not thought to be the one causing the problem.