LCA-Mk2 to roll out next year, first flight in 2023, says scientist 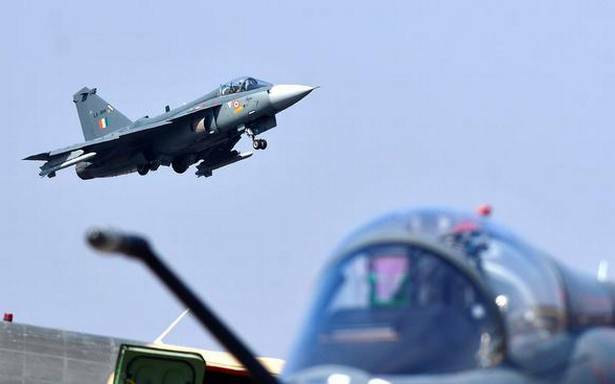 “The detailed design is complete. In fact, we are in the critical design review stage and metal cutting should start very shortly. Roll-out of the aircraft (Mk2) is planned next year and the first flight in early 2023. We are well on track to achieve these goals,” Girish S. Deodhare, Programme Director (Combat Aircraft) & Director, ADA, said at an event by the Centre for Air Power Studies and Society of Indian Defence Manufacturers.

The aircraft features enhanced range and endurance including an onboard oxygen generation system, which is being integrated for the first time, Dr. Deodhare said.

Heavy weapons of the class of Scalp, Crystal Maze and Spice-2000 will also be integrated on the Mk2. The LCA-Mk2 will be a heavier and much more capable aircraft than the current LCA variants.

In February, the Defence Ministry signed a ₹48,000-crore deal with Hindustan Aeronautics Ltd. (HAL) to supply 83 LCA-Mk1A to the Indian Air Force. In August, the HAL signed a $716 million deal with GE Aviation of the U.S. for 99 F404 aircraft engines and support services to power the Mk-1A. The Mk2 will be powered by a more powerful GE-414 engine.

The HAL has already set up a second assembly line to ramp up production from eight aircraft a year to 16. Order for 83 Mk-1A is expected to be completed by 2028-29, Dr. Deodhare said.

Stating that the initial design of the AMCA was started way back in 2009, Dr. Deodhare said that it would be a twin engine stealth aircraft with an internal weapons bay and a diverterless supersonic intake, which has been developed for the first time for which the design is complete.

On the current status of the AMCA, Dr. Deodhare said the configuration had been frozen, preliminary service quality requirements finalised and preliminary design review completed.

The AMCA will have stealth and non-stealth configuration and will be developed in two phases, AMCA Mk1 with existing GE414 engine and an AMCA Mk2 with an advanced, more powerful engine to be developed later along with a foreign partner, Dr. Deodhare added.

The manufacturing and production of the aircraft will be through a special purpose vehicle, which will also have participation of private industry.

Simultaneously, the project for development of a twin-engine deck-based fighter jet meant to fly from the Navy’s aircraft carriers is also making progress. On the various programmes under way, Dr. Deodhare said there was commonality of systems and technologies.