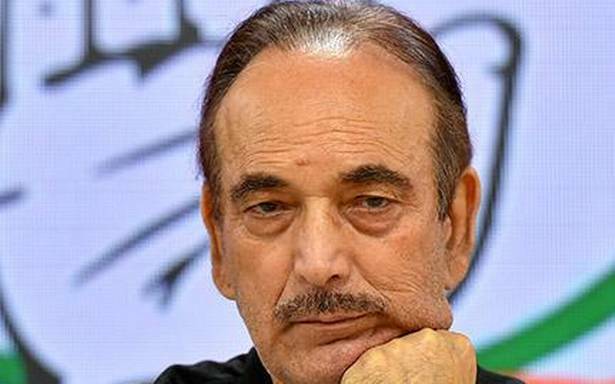 Speaking at the inaugural session of a seminar on ‘Parliamentary System and People’s Expectations’ in the Rajasthan Assembly, the former leader of Opposition in Rajya Sabha said understanding is an important factor in the legislature and good work can get support only when there is a good understanding among the members.

Sharing his experience with the leaders of Opposition parties, Mr. Azad said when he was the Union Parliamentary Affairs Minister, he used to share a strong bond with then leader of Opposition Vajpayee and they used to have lunch together every two to three days.

The former Jammu and Kashmir Chief Minister said differences should only be seen during elections. The veteran Congress leader said in election rallies, he never used to refer to the name of the rival candidate.

“During poll rallies, we have to tell people what we will do,” he said. Mr. Azad is part of the G-23 group which wrote a letter to Congress chief Sonia Gandhi last year seeking organisational overhaul.

He said in India, apart from making laws, legislators have to look after their constituency and address various demands of the people be it related to water or electricity.

Mr. Azad also asked the legislators to maintain the dignity of the House by understanding and following rules.

The senior Congress leader rued that public representatives get so engaged and engrossed in work that they leave behind their families and children. He advised them to spare some time for their family and friends. The seminar was organised by the Rajasthan chapter of Commonwealth Parliamentary Association (CPA).