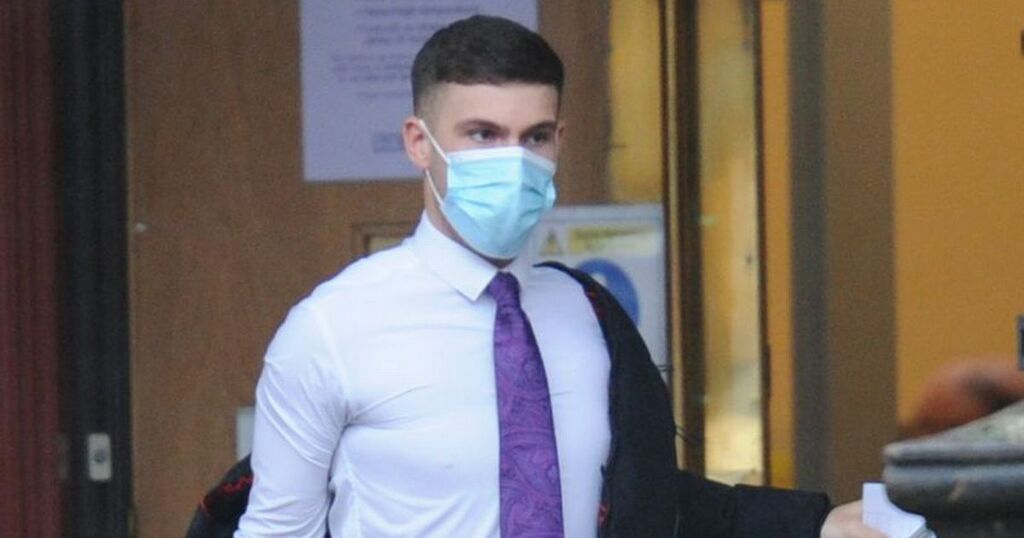 A young thug high on LSD threatened to sexually assault female police officers after losing the plot at the end of a night out.

Disgraced Jack Cunningham described as usually "law abiding" went on a rampage after taking the acid tablet to "sober up before heading home."

Paisley Sheriff Court heard that Cunningham were at town beauty spot Gleniffer Braes when they decided to take the psychedelic drug.

Depute fiscal Amber Feeney explained the drama unfolded at 10.30pm on June 30, 2020, when a witness Mr Dolla, noticed him singing loudly in the street.

She told the court: "A witness, Mr Meikle, was within his home address when he heard noise outside.

"Meikle observed the accused shout something towards Dolla before walking towards him and punched him with his right hand.

"Meikle contacted the police and the accused made off towards Park Road.

"The witness Dolla suffered a small cut to his right eyebrow.

"Minutes later, a witness Mr Cannon, heard loud shouting and swearing from outside his girlfriend's flat.

Cunningham ran off when another witness Mr Coyle was walking his dog and saw the accused standing in the middle of the road, shouting filthy abuse.

Ms Feeney went on to explain that when police attended the yob grabbed one female o ficer by the neck, asking her "are you here to give me a kiss?"

She added: "Police informed Cunningham he was under arrest and he said, 'I'll f**** be having one of you.

"And he flung a punch and ran off.

"Police pursued the accused and he continued with his abusive behaviour."

Ms Feeney went on: "Whilst being taken to Greenock police office the abusive behaviour continued with the accused stating, 'I'm going to rape the both of you off duty and I'm going to f*****g stab you.'

"Due to the level of intoxication and aggression, the accused was not cautioned and charged at the time."

Defence agent Rhona Lynch explained how Cunningham who is in his second year of his apprenticeship with a construction company, was normally a "law-abiding young man."

"This was out of character and he made a very serious error of judgement where he and his friends experimented with acid tablets.

"He grossly underestimated the effects of LSD and he is shocked and disgusted by his behaviour.

"He is extremely disappointed in himself and the fact he has let his parents down.

"He has the upmost respect for the police and is extremely apologetic for his actions."

"This is a perfect example, if there is such a thing, as to why anyone shouldn't take illicit substances."

Sheriff Gill imposed a total fine of £4,225 for each of the four charges Cunningham pleaded guilty too.

Cunningham was ordered to pay the fine at the rate of £100 per month with Sheriff Gill stating: "I hope you've learned your lesson."