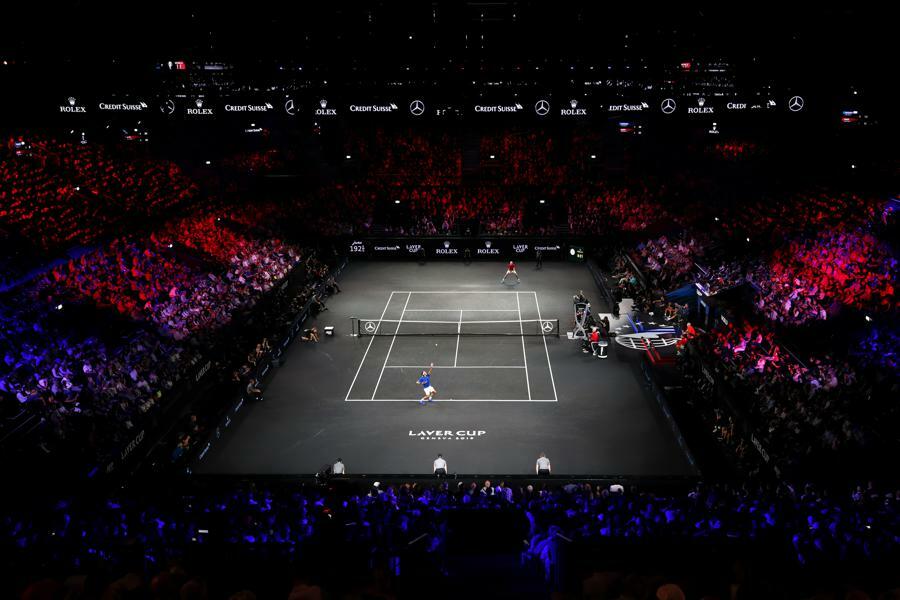 The fourth edition of the Laver Cup tennis event will have the same look as the previous three but with the potential to feel completely different.

The three-day Europe vs. World team tennis competition launched in 2017 thanks to Roger Federer, Tony Godsick and their TEAM8 agency. As the event gallivants around the world to different host cities, it brings the same unique flavor of fan-friendly styling to an arena of choice, also attracting 12 of the biggest names in men's tennis along the way. But the 2021 event, being held in Boston after a 2020 postponement because of the pandemic, represents the first of the four Laver Cup iterations to not feature Federer, Rafael Nadal or Novak Djokovic.

"This will be a big test to see, since we don't have any of the big three," says Tony Godsick, TEAM8’s president and CEO and the Laver Cup’s chairman. "I am always of the belief that the format is what makes this thing special."

And just because the big three aren't participating—Federer announced the need for another knee surgery, Nadal is dealing with a foot injury and Djokovic is coming off his emotionally taxing 27-1 run through the year's four majors—doesn't mean Laver Cup won't have star power, with three of the four U.S. Open semifinalists (Daniil Medvedev, Alexander Zverev and Felix Auger-Aliassime) planning a Boston appearance.

Getting fans inside Boston's TD Garden doesn't appear to be an issue. The five-session event Sept. 24 through Sept. 26 was nearly sold out before the pandemic forced the postponement by a year. While the Laver Cup offered a full refund in 2020, the majority of ticketholders elected to keep their tickets and now the event is nearly at capacity with over 95% of all sessions sold. "We will have a packed house," Godsick says.

That packed house will take in tennis in a slightly different format and feel than fans are accustomed to. The in-arena event features one show court—painted in deep black for a distinct Laver Cup ambiance—and theater-style lighting that spotlights the court. The teams and captains join the players on the court and each day features both singles and doubles.

MORE: The Making Of The Laver Cup

Like Prague, Chicago and Geneva before it (and London in 2022), Godsick says the Laver Cup will come to Boston and invest money in creating a quality atmosphere, from increasing the premium seating options in the arena to the technology for digital sidewalls and baseline walls that offer up a high-level feel for fans, sponsors and television viewers. The Laver Cup will add Hawk-Eye Live for this year.

But more than just creating a weekend of unique tennis each year, Godsick says the Laver Cup brings world-class tennis to big arenas and sometimes to places void of tennis for years. "Boston is a place that hasn't seen tennis in a long time, but has a rich tennis history," he says. "Hopefully it is successful and stimulates excitement."

Godsick references Chicago and the United Center event of 2018, another example of a major U.S. city that had a history of tennis but hadn't hosted the sport recently. Since Laver Cup's stop, Chicago has added multiple WTA events. "We show the market that tennis is viable and exciting, and something can come in more permanently," Godsick says.

For the 2021 event, fans will have a chance to see the excitement from a wealth of young stars. Team Europe, which has won all three previous Laver Cup events, consists of Medvedev, Zverev, Stefanos Tsitsipas, Andrey Rublev, Matteo Berrettini and Casper Ruud. Bjorn Borg will captain the team.

"I'm very excited to be representing Team World at the Laver Cup in Boston," Opelka says. "Playing in the U.S. in an arena like TD Garden, with John McEnroe as our captain is going to be a surreal experience. I can't wait."

Isner says the Laver Cup, ever since he played in Prague the first year, has become a highlight of his year. "To be on a team with guys we're normally competing against is so different and so much fun," he says. "We come together so well as a group, the chemistry is awesome and it's such a great environment to be part of."

Kyrgios, a fan of the NBA's Boston Celtics, seems just as excited to play in TD Garden as anything. "It going to be unreal playing at TD Garden, home of the Celtics," he says. "Boston fans love their sport, so if we can win the Laver Cup anywhere, then TD Garden and Boston, one of the greatest sports cities in the world, is the place to do it."